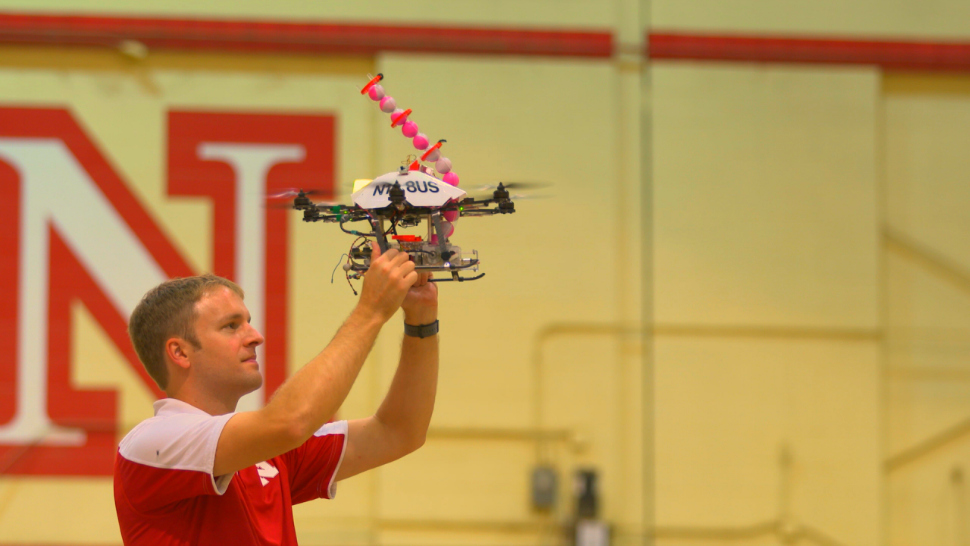 The University of Nebraska-Lincoln came into being just two years after the state itself. With a mandate to provide Nebraskans access to a well-rounded education, UNL grew alongside the state.

Over the years, it has transformed from a small, but practical prairie university to one of renown with highly regarded programs in digital research and history, robotics and materials science.

In 2016, BTN LiveBIG told some great University of Nebraska-Lincoln stories. From a laser lab that gave us a peek into the heart of a star to firefighting drones that will likely save lives, these vignettes shine a light on the cutting-edge research and educational outreach that sets UNL apart.

Join us as we take a look back at our 2016 University of Nebraska LiveBIG vignettes.

A star you can fit in your pocket is the sort of idea that only exists in children?s poems or love songs. But at the University of Nebraska, this fanciful metaphor has become something of a reality.

Nebraska?s Extreme Light Laboratory built a powerful (yet very small) laser that can operate on a scale that?s difficult for ordinary people to fathom.

When the laser light is really focused, it produces ?conditions that have never been produced on Earth, like you find only in astrophysical bodies like ? the interior of stars,? explained Donald Umstadter, Olson Professor of Physics and Astronomy at Nebraska and director of the Extreme Light Laboratory.

Rudy?s not just any old bovine: He?s the star attraction of the University of Nebraska?s Husker Mobile Beef Lab.

?Rudy gives us the chance to talk about all things agriculture in the state of Nebraska,? said Racheal Slattery, coordinator of the Mobile Beef Lab, a program operated by the school?s agricultural extension. ?He also gives us the opportunity to talk about the university and what we do. He?s a really great conversation starter.?

Nebraska team on the hunt for catastrophe: BTN LiveBIG

With backgrounds in earthquake engineering and structural dynamics, Wood and his team of researchers have measured the impact of many other natural disasters, including the 2015 Nepal earthquake. Using state-of-the-art technologies, they look at the ways in which buildings respond to the stresses these events place on them.

?We have a laser scanner and an unmanned aerial system,? he said. ?And we use these tools to collect data to assess the structural health of buildings. What we want is to be able to objectively quantify and determine damage.?

Watch how a Nebraska team created a drone to fight wildfires: BTN LiveBIG

?The marriage of UAV technology and fire science is an example of how scientific and technological innovations really hold great promise for the future,? says Carrick Detweiler, associate professor in the Computer Science and Engineering Department at the University of Nebraska.