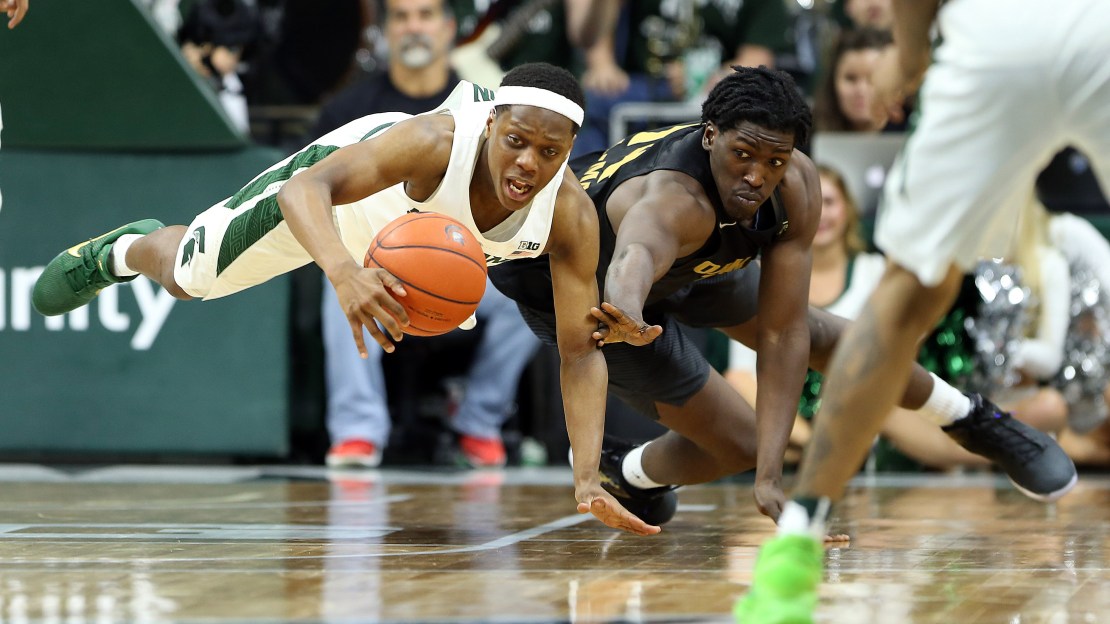 The Spartans (8-5) closed their non-conference season with a desperately needed win, coming off a loss to Northeastern.

The Golden Grizzlies (9-3) lost to Northeastern at home on Tuesday night, giving them a tough turnaround.

Michigan State took control of the sloppy, foul-filled game with an 11-2 run midway through the second half. Ward later made a low-post shot off his own miss, giving the Spartans a 68-55 lead with 4:46 left.

The Spartans didn't have a player other than Ward score in double figures until late in the game. Eron Harris finished with 15 points. Cassius Winston had nine points and eight assists.

Oakland: The Grizzlies are testing themselves this week, scheduling consecutive games along with a game coming up against Georgia, and it should pay off for them in the Horizon League.

Michigan State: The Spartans shook up their lineup, starting Ward along with Winston and Matt Van Dyk for the first time this season. They also put Matt McQuaid back in the lineup and kept only Joshua Langford among the first five from the previous game.

Miles Bridges missed his fifth straight game with a sprained left ankle. The standout freshman was wearing a protective boot on the bench during the game, but didn't have it on the previous night when he watched Michigan State's women's team lose to second-ranked Notre Dame.