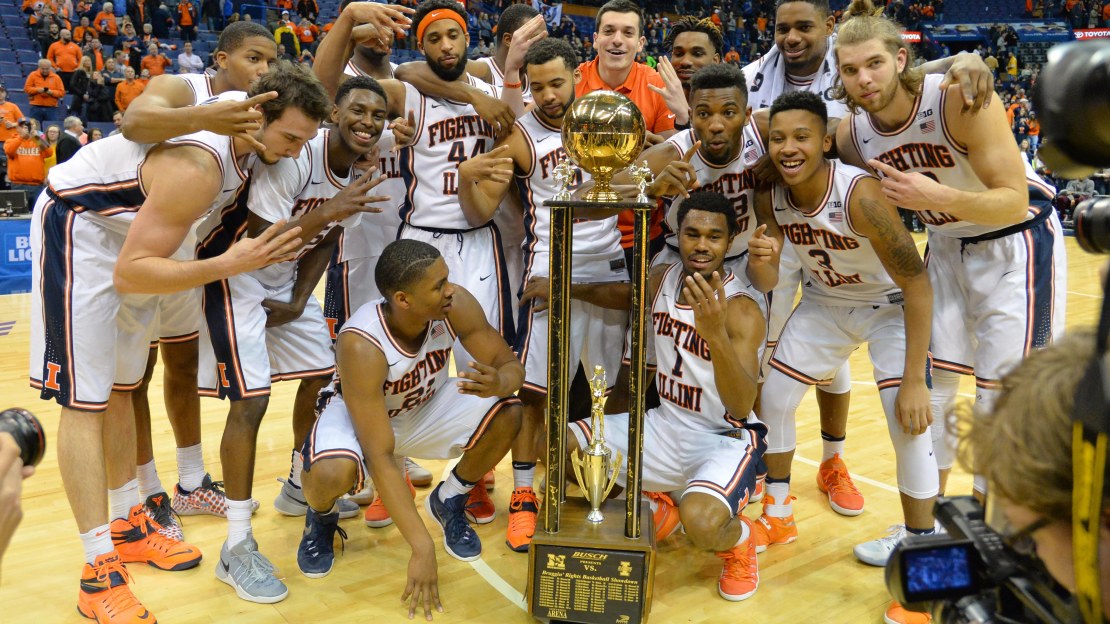 ST. LOUIS (AP) Malcolm Hill scored 21 points and Maverick Morgan had a double-double to lead Illinois to a 75-66 win over Missouri on Wednesday.

The Illini (10-3) have won six in a row including the last four in the border series.

Illinois jumped out to a 15-5 lead and never trailed, holding off a pair of second-half rallies that saw Missouri pull within four points.

Illinois has won 24 of 36 games since the series was moved to St. Louis.

Illinois: The Illini won nine successive games against Missouri from 2000-2008, the longest streak in the 36-year history of the event. The series has featured five one-point games.

Missouri: The Tigers' three-game losing streak is their longest of the season.

Missouri: The Tigers host Lipscomb on Dec. 29 before opening Southeast Conference play at home against LSU on Jan. 4.