2016 season review: Ohio State is back in the national title race 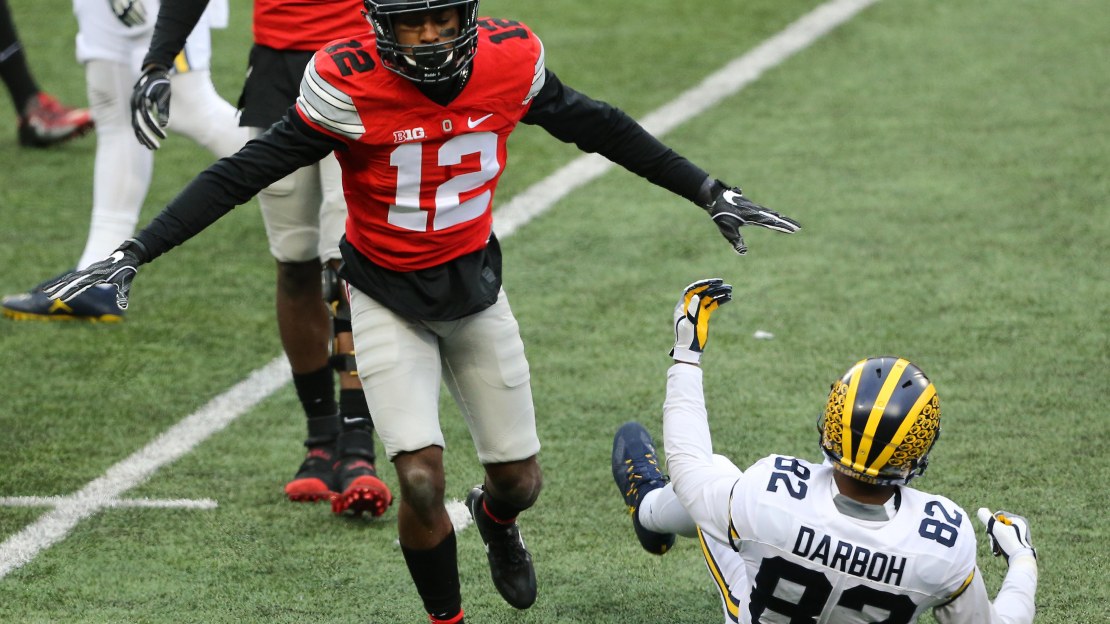 That was good enough to get the Buckeyes into the playoff and compete for the national title, which it won in the 2014 season. Ohio State is led by a strong defense that has perhaps the best secondary in the nation. And the front seven is salty, too. The offense? It has been spotty, especially when it comes to passing the ball. The receiving corps hasn?t evolved as many expected.

But RB Mike Weber was a revelation, earning Big Ten Freshman of the Year honors after rushing for 1,072 yards. The redshirt freshman benefitted from the blocking of Pat Elflein, the Rimington Award winner who was named Big Ten Offensive Lineman of the Year in his first season at center. Tackle Jamarco Jones and guard Billy Price also excelled up front for OSU.

High point: It was the finale vs. No. 3 Michigan, when the Buckeyes won arguably the most exciting game of the 2016 season, taking a wild 30-27 OT victory vs. the Wolverines. The game was notable for some officiating calls that Michigan disagreed with. Nonetheless, the Buckeyes made the plays when it mattered, sealing the victory with a 15-yard TD run by Curtis Samuel after Ohio State converted what some felt was a controversial fourth-and-one on the previous play. The Buckeyes trailed by 10 in the third quarter but roared back and essentially eliminated Michigan from the playoff chase while enhancing their resume.

Low point: The only blemish on the resume came on Oct. 22 at Penn State, when the No. 2 Buckeyes got stunned by unranked Penn State in a prime-time ?white out.? The Nittany Lions outscored Ohio State, 17-0, in the fourth quarter. Penn State tallied the winning points on a blocked field goal that was returned 60 yards for a TD by Grant Haley with 4:27 left in the game. Then, the Penn State defense snuffed out the Buckeyes? comeback with two sacks of J.T. Barrett. But Ohio State regrouped to win its last five games, including back-to-back 62-3 victories vs. Nebraska and at Maryland.

Offensive MVP: QB J.T. Barrett. He was Big Ten Quarterback of the Year and the Silver Football Award winner. Not bad. Barrett is hitting 61 percent of his passes for 2,428 yards with 24 TDs and five interceptions. The 6-2, 222-pound junior also had 847 yards rushing, making him one of the most deadly signal-callers in the Big Ten. Also have to mention RB/WR Curtis Samuel. The 5-11, 197-pound junior is the only player in the nation with over 700 yards rushing (704) and over 800 yards receiving (822) with 15 TDs scored.

Defensive MVP: FS Malik Hooker. There are many good options. E Tyquan Lewis leads the team in sacks with 7.5 and TFLs with 10 and was tabbed Big Ten Defensive Lineman of the Year. Raekwon McMillan is a monster linebacker who paces the team with 87 tackles. Cornerback Marshon Lattimore is a top coverman with a team-best 13 passes broken up to go with four picks. But Hooker gets the nod. The 6-2, 205-pound sophomore has a Big Ten-high six interceptions this season, running back three for touchdowns. He also has defended 10 passes.