Maryland drains 10 triples in second half, pulls away from Charlotte 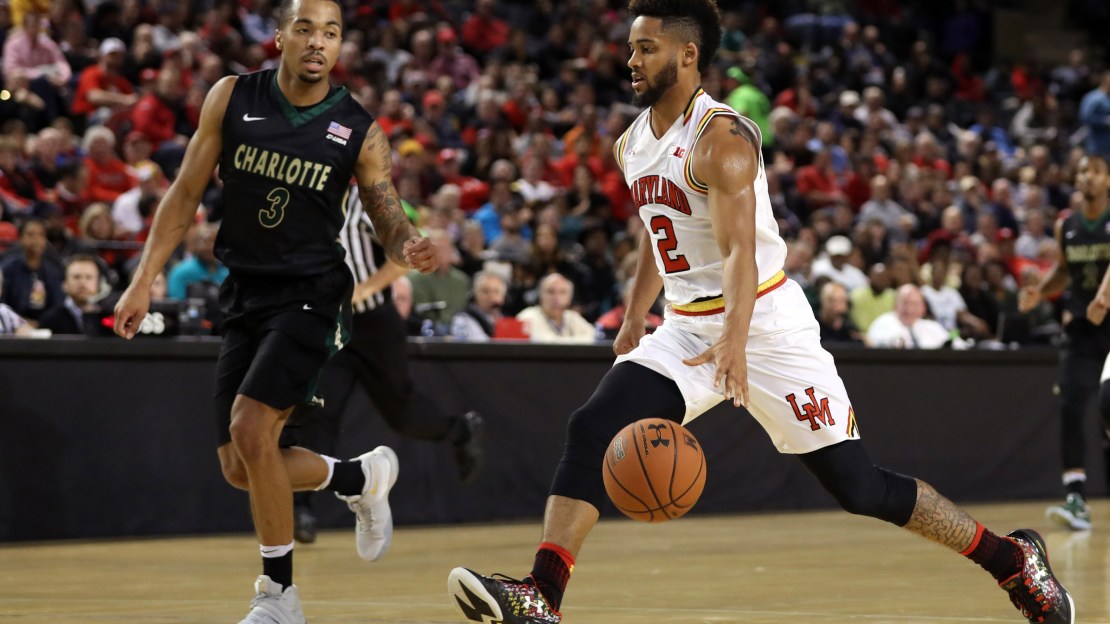 (AP) Melo Trimble had 21 points and Maryland extended its winning streak to five games with an 88-72 victory over Charlotte on Tuesday night.

Anthony Cowan scored 16 for the Terrapins, who made 10 3-pointers in the second half after going 1 for 9 before the break. Michal Cekovsky and Kevin Huerter had 10 points apiece for Maryland (12-1).

Jon Davis led Charlotte (6-5) with 28 points, tying his career high, while Andrien White scored 17. Benas Griciunas finished with 12 points for the 49ers, who were just 4 of 14 from beyond the arc.

Maryland trailed by as many as 10 points in the first half before eventually cutting Charlotte's lead to 37-36 on an over-the-head putback by Cekovsky at the halftime buzzer. That was the spark that the Terrapins needed after committing 13 turnovers in the opening half.

Huerter made two quick layups, Cekovsky had a dunk and Maryland had a 42-39 lead in the opening minutes of the second half.

Maryland: The Terrapins host Illinois in the Big Ten opener on Dec. 27.