No. 18 Butler holds off No. 9 Indiana in Crossroads Classic 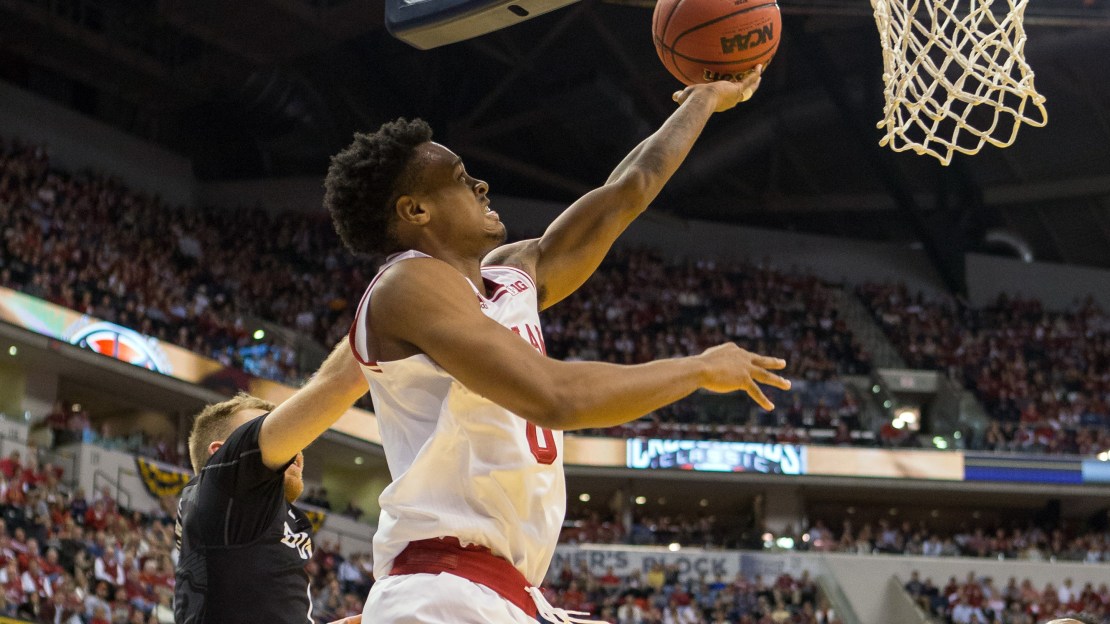 (AP) Kelan Martin scored 28 points and Kamar Baldwin added a season-high 14 on Saturday as No. 18 Butler held off No. 9 Indiana's late charge for an 83-78 victory in the Crossroads Classic.

Butler (10-1) has won two straight overall and has upset the Hoosiers twice in the last three meetings.

The Bulldogs answered with Tyler Wideman's dunk off an inbounds pass with 15.6 seconds to go and Indiana never had a chance to tie the score or take the lead in the final 20 minutes. Indiana had won five straight.

Martin scored 16 points in the first half many of those coming during a late flurry when Bryant went to the bench with two fouls. The combination helped Bulldogs close out the half on a 10-0 run to make it 42-28.