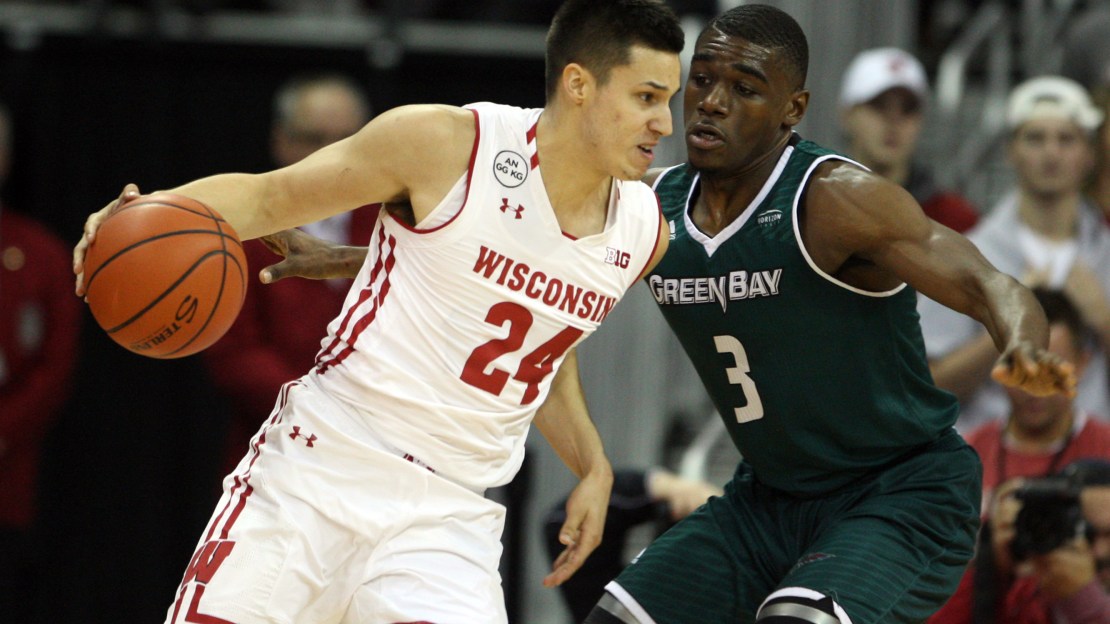 Zak Showalter added 16 points, including a career-high four 3-pointers, and Ethan Happ had 14 points and 10 rebounds for the Badgers (10-2).

The Badgers were a little lethargic to start and trailed Green Bay 12-11 almost 9 minutes into the game. But they reeled off a 20-4 run that included a nearly 5-minute scoreless drought for the Phoenix (4-6).

Green Bay cut the lead to seven early in the second half. But Wisconsin responded with a 25-8 run that blew the game open.

The Wisconsin offense was at its best when the Badgers were sharing the ball, and they had 18 assists on 27 field goals.

Green Bay: The Phoenix are 1-22 vs. Wisconsin and 0-19 in Madison. Their only win in the series was in 2009. Green Bay was competitive at times Wednesday night, but couldn't sustain it.

Wisconsin: The Badgers did exactly what they were expected to playing at home against an in-state rival it has regularly handled with ease. They now get a break to take care of finals before one last tune up ahead of Big Ten play starting Dec. 27.