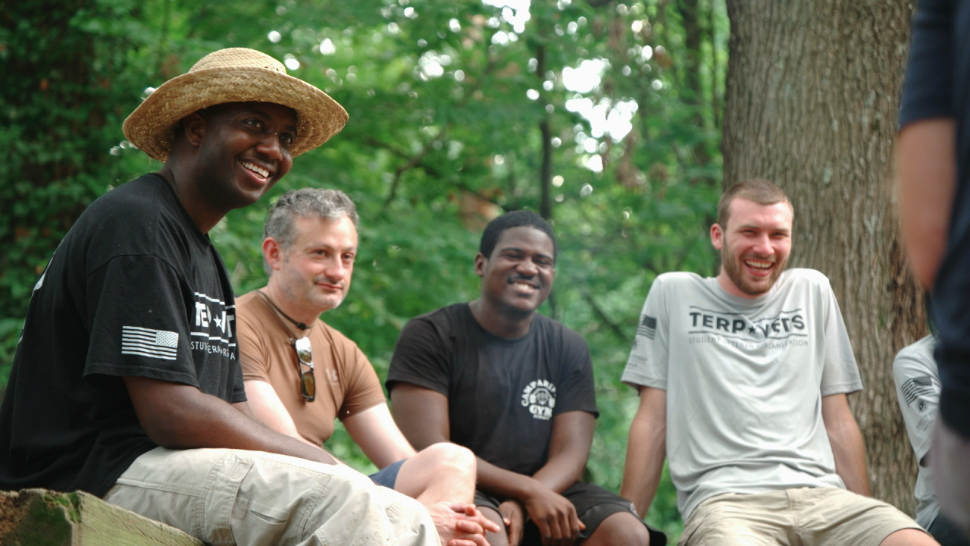 At the University of Maryland, these are more than words.

From first-year students to faculty, this noble idea is a mantle taken up by all Terps, a challenge to leave a lasting and positive mark on the world.

The vignettes below are a testament to the Do Good spirit. Whether it?s helping veterans return home from the battlefield or showing kids the power and possibility of computer science, we?re proud to showcase how the University of Maryland?s students, professors, alumni, and staff go above and beyond every day.

Join us as we take a look back at these great UMD videos from 2016.

For Wallace Loh, president of the University of Maryland, the work being done for organizations like Press Uncuffed is important not just on its own merits, but also in how it?s helping redefine the purpose of the university in the 21st century.

A worn pickup truck sits by the side of the road outside South Africa?s Hluhluwe Imfolozi Park. The hood is popped; engine trouble, it seems. The driver waits by the vehicle. Just then a small group of individuals appear, bounding over the park?s low fence. They?re spiriting away something large. The driver slams down the hood, the men pile into the back, and it speeds off into the night.

These are poachers, on the hunt for rhino horns.

Since Terp Vets began, the organization has led small groups of incoming veteran students on weekend trips for boating and camping, and provided campus tours as well.

?We do a variety of activities to help veteran participants transition into academic and student life,? Arata said.

If your memories of camp don?t include touring one of the premier wind tunnel testing facilities in the nation, that?s probably because you didn?t go the University of Maryland CompSciConnect Camp.

CSC Camp is a multi-year summer program run by the UMD Department of Computer Science. Its goal is to foster interest in computer science among middle schoolers, specifically those students who are traditionally underrepresented in the field, namely women and people of color.