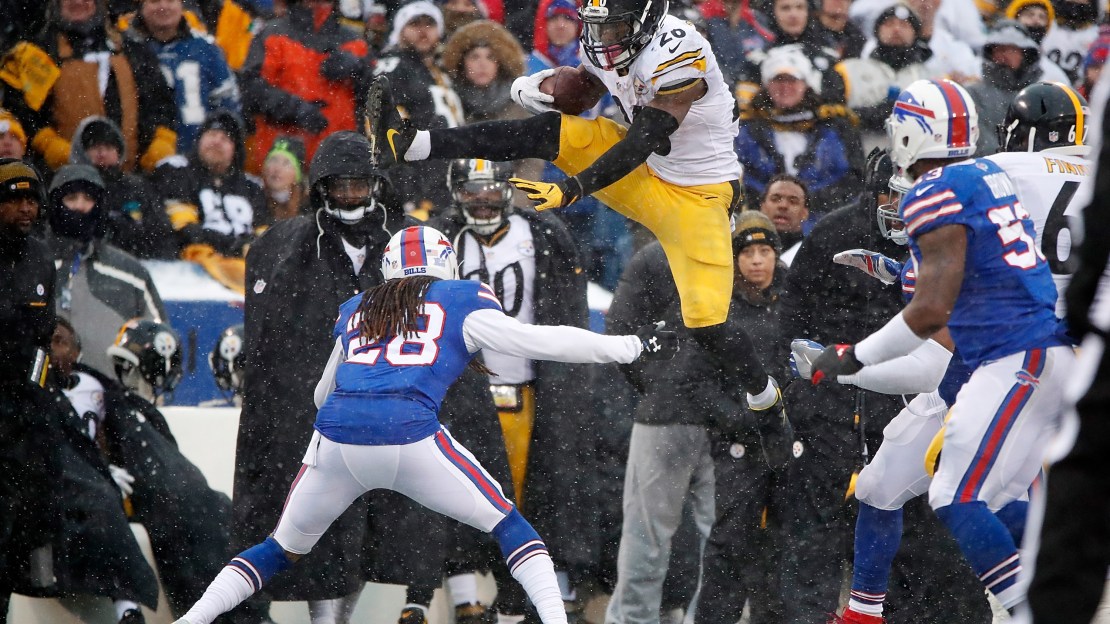 Le'Veon Bell entered Sunday with 100-plus scrimmage yards in eight of nine games this season.

The former Michigan State star eclipsed the 100-yard barrier long before halftime en route to compiling 298 total yards (!), including a Pittsburgh single-game record 236 yards rushing, the most ever allowed by the Bills in a game.

Bell did all of the damage on an eye-popping 42 touches, an average of 7.1 yards per tote. Oh, and for good measure, he scored all three of Pittsburgh's touchdowns in the road victory in the snow.

Watch highlights of Bell's gigantic day in the tweet below, courtesy of @NFL.

Pretty nice hurdle, huh? Bell is no stranger to hurdling would-be tacklers, something he addressed in the "Journey" clip at the top of this post.