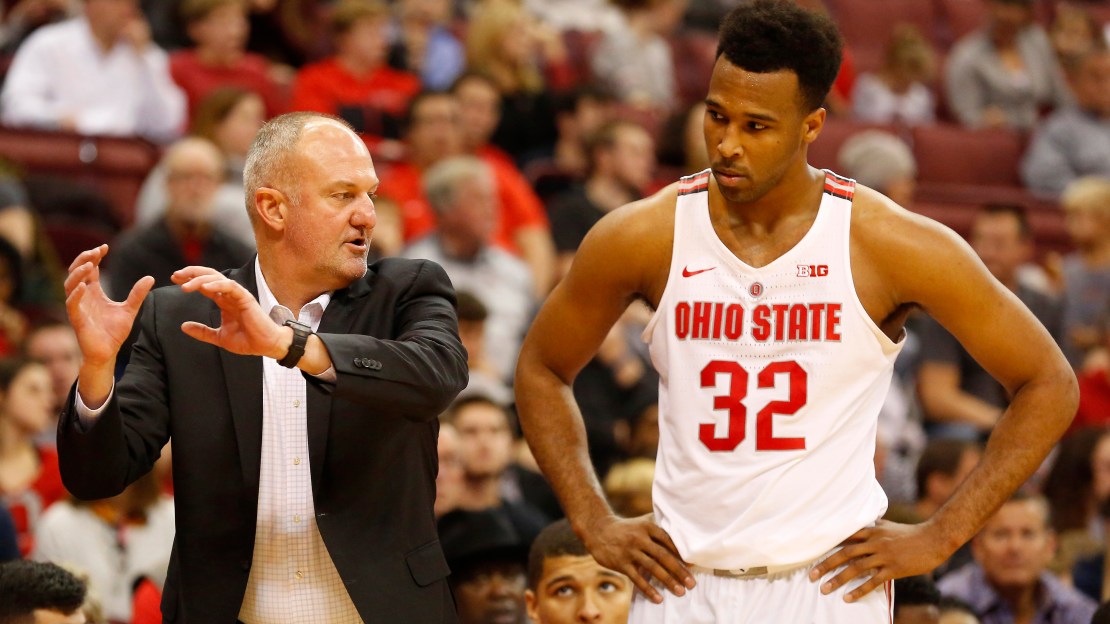 Adams made a 3-pointer with 26 seconds left and converted a 3-point play eight seconds later to pull UConn within three, but Ohio State's Marc Loving's free throw put the lead back to four. The Huskies missed their final three shots.

With 11:08 remaining, OSU began a 7-0 run that claimed a two-point lead highlighted by a Keita Bates-Diop dunk off an assist from Thompson.

JaQuan Lyle, who converted six straight from the line down the stretch, had 16 points for the Buckeyes.

After the under-eight timeout, UConn guard Rodney Purvis nailed a 3-pointer to end a team field-goal drought of more than five minutes. The Huskies and Buckeyes traded baskets and were tied at 54 at the final media timeout before an OSU 7-0 run.

Ohio State: Coach Thad Matta's team was able to close out a win following a disappointing loss on Tuesday to mid-major Florida Atlantic. The Buckeyes came into the game as one of the worst teams from the free throw line, but made 7 of 8 in the final two minutes and shot 76 percent.

Connecticut: The Huskies lost their fifth game of the season in the fewest number of games since Kevin Ollie took over as head coach in 2012. UConn's offense continues to struggle as the team shot just 35.5 percent in the second half after shooting above 50 percent in the first half.

The Buckeyes and Huskies each have a full week to prepare for their next games. OSU competes in the CBS Sports Classic against No. 2 UCLA in Las Vegas on Dec. 17. UConn hosts the North Florida Ospreys in Storrs, Connecticut, on Dec. 18.