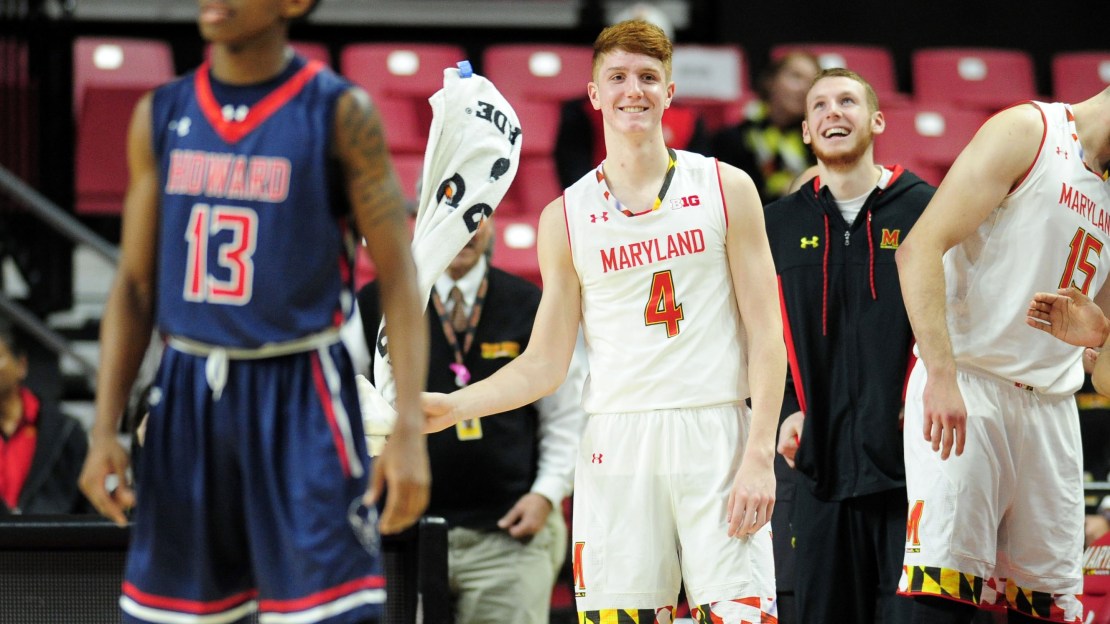 Maryland (10-1) shot 68.4 percent from the floor in the first half as it won its second all-time meeting with the Peacocks.

Chazz Patterson led Saint Peter's (4-5) with 13 points. Forward Quadir Welton, who was averaging a team-high 16 points for the Peacocks, was held to five points on 2 of 11 shooting against the Terrapins.

Maryland opened on a 14-0 run, and Saint Peter's didn't score its first points until 11:56 remained in the first half. The Peacocks never cut the margin to less than 10 the rest of the way.

The Terps held a 14-5 scoring advantage off turnovers despite forcing Saint Peter's into only 10 giveaways.

It was Maryland's first wire-to-wire victory against a Division I team this season.

Saint Peter's: The Peacocks continued their all-or-little trend on offense. They've scored at least 80 points in all four of their victories, and have not surpassed 65 points in any of their five losses.

Maryland: The Terrapins haven't enjoyed many lopsided victories this season but were never in any trouble against the Peacocks as they became the first 10-win team in the Big Ten.

Saint Peter's does not play for another eight days as it enters its final exam period. The Peacocks will play their last two games before Christmas in the New York area — at home Dec. 18 against Elon and at St. Francis Brooklyn on Dec. 23.

Maryland has a quick turnaround as it plays host to Jacksonville State on Monday. Mark Turgeon was the Gamecocks' coach from 1998-2000, the first stop in a head coaching career that eventually brought him to Maryland.