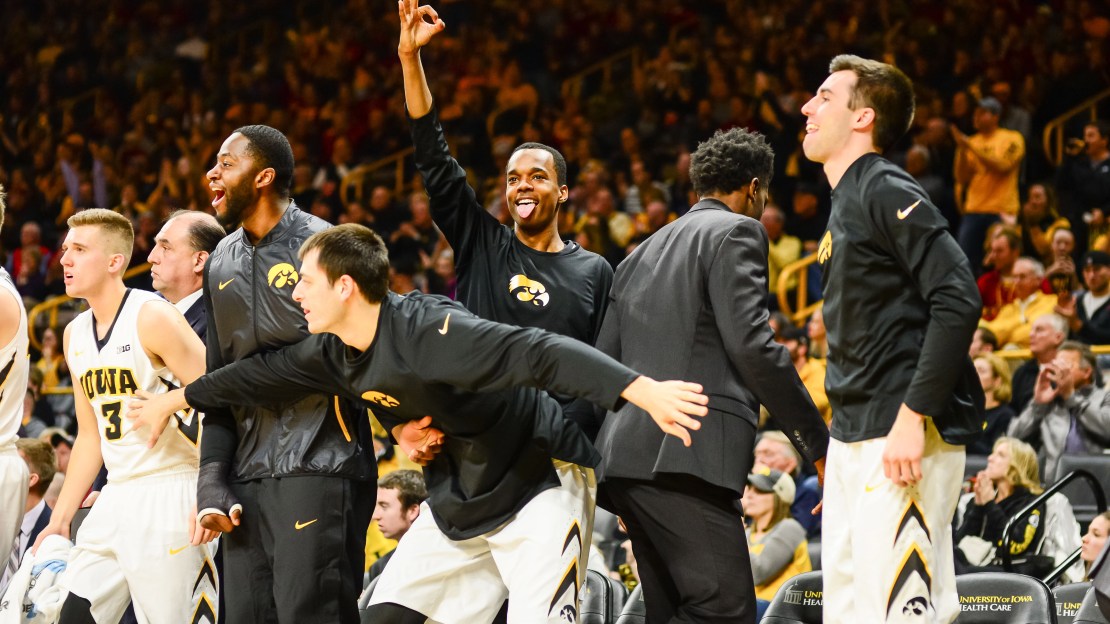 Isaiah Moss had 14 points to help the Hawkeyes (5-5) beat a Power Five opponent for this first time this season.

Matt Thomas scored 14 points to lead the Cyclones, who were just 8 of 30 from 3-point range. Ball movement was again an issue for Iowa State, which had just nine assists on 25 made baskets – although it did miss about a dozen layups.

Iowa State: The Cyclones looked awful in the first half – which they closed quite fittingly with an air ball – and they couldn't shoot their way out of trouble. Stretches like that are starting to become commonplace for Iowa State, and that's a bad omen with Big 12 play a few weeks away.

Iowa: After getting hammered by the likes of Virginia and Notre Dame, the Hawkeyes finally put it together against a good opponent. The Hawkeyes beat Iowa State in transition and on the defensive glass, and their freshman-dominated lineup was hardly fazed in their debuts in this heated rivalry.

Iowa also will play in next weekend's doubleheader in the state capital, facing Northern Iowa on Saturday.