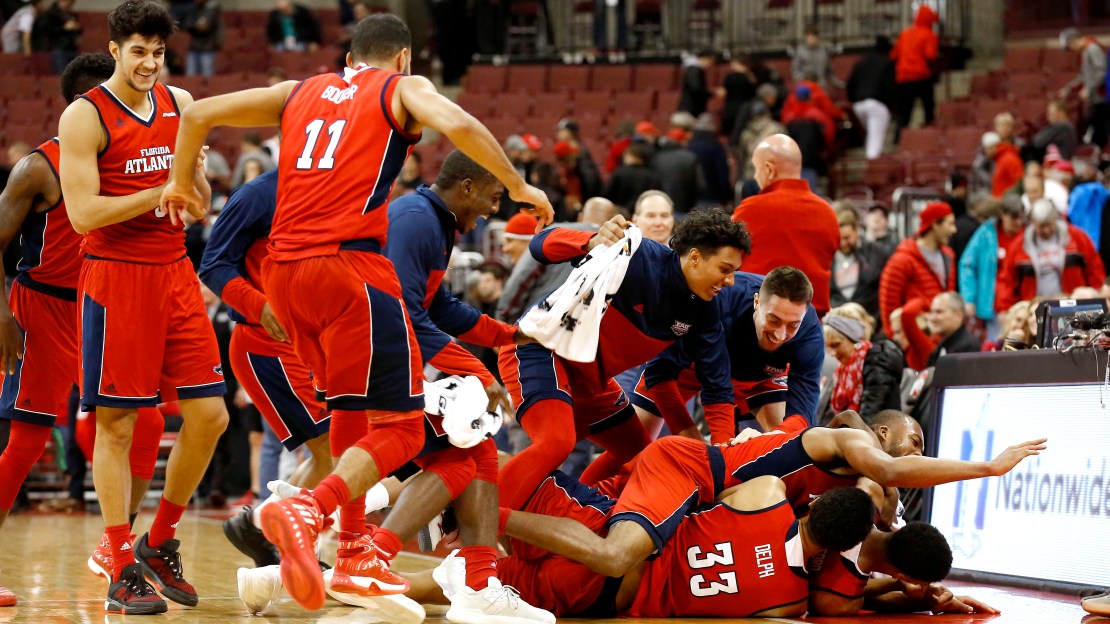 A mishandled pass by Marc Loving gave FAU a last-shot opportunity, and Nick Rutherford banked in a layup for the lead with one second left in overtime.

The Buckeyes lead by a point at halftime, and held an 11-point lead midway through the second half, but late turnovers and missed shots allowed the Owls to capture the win.

Trevor Thompson scored 16 points before fouling out for the Buckeyes (7-2). JaQuan Lyle had 10 points and nine assists.

Florida Atlantic depended on 3-point shots for most of the night, going 10 of 25 from the field. OSU struggled to find its range, and finished 4 of 20 from deep.

After trailing 5-0, FAU went on an 11-0 run to force a timeout by the Buckeyes. OSU started the game making just one of its first 10 shots.

Ohio State: There were very few easy shots for the Buckeyes, and for the second straight game Thad Matta's team played down to an opponent. OSU next faces a Connecticut team on a down year, but the Huskies will be put to the test if the Buckeyes continue to play with little energy.

Florida Atlantic travels to Miami to face the Hurricanes on Dec. 16.