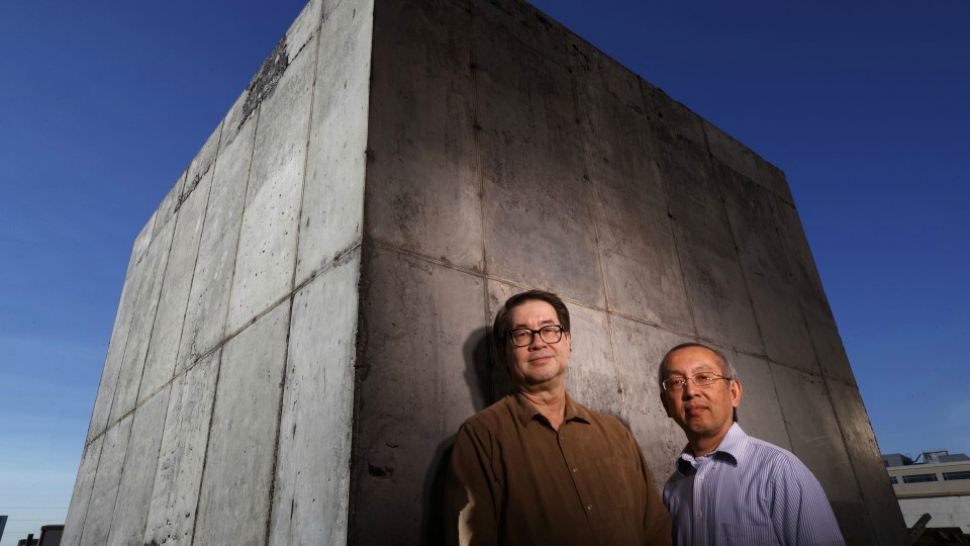 A University of Nebraska-Lincoln engineering professor?s idea for keeping roads and runways clear of ice may also turn out to be a significant tool in defense against telecommunications infrastructure attacks.

This brainchild of longtime UNL professor Christopher Tuan is a special conductive concrete that protects from intense electromagnetic pulses (EMPs), which can disable electronic systems like data centers and power grids. The threat of such attacks has grown more severe as terrorists consider assaults on digital lines to hamper communications.

The project has been decades in the making, harkening back to Tuan?s days in the private sector before working at Nebraska.

?When I was in the industry in the early-to-mid ?90s, I worked as contractor for the Air Force research lab,? he recalls. ?They had a high-priority task to de-ice runways for transporters in cold regions. They were worried about planes skidding off of the runway. Those are very valuable military assets.?

That?s where the idea of conductive concrete came about. Tuan later partnered with fellow Nebraska engineering professor Lim Nguyen to continue the research.

?Doing some fibrous concrete, it just came to me. I said, ?If we have steel fibers can we run electricity through it?? We explored different ways to energize it. We wanted to keep the power consumption to a minimum. We looked at microwave power, solar, batteries. And then electric power.?

While the idea of keeping roadways clear in the winter is a noble one indeed, the ability to provide security to both the military and private sector takes their research to the next level.

So, how exactly does this technology prevent an EMP from disrupting electrical systems? The key is using magnetite, a mineral that?s a byproduct of steel mining with magnetic properties that absorb and reflect microwaves.

?It?s not regular concrete. However it does work like regular concrete,? Tuan says. ?At the time, we found out using taconite absorbs the microwaves and heats up very fast.?

That ability to both absorb and reflect EMP waves makes it much more effective than other similar products — and at a much cheaper cost. They say their concrete is now about a tenth of the cost of others.

?If you want to use this for a whole building, if the concrete is too expensive, nobody will use it.?

The team created an 11-foot-by-11-foot building prototype which has now passed military inspection.

?At the time, we found out using taconite absorbs the microwaves and heats up very fast. It?s a byproduct [from] steel mining. They generate these aggregates, however it?s very rich in magnetite. We said, ?Why don?t we do a study to see if we can use this aggregate instead of limestone???

Now the goal is to put this technology into action wherever possible. ?They are trying to find rapid field funding for it,? Tuan says.

?They have to write it in their UFC guidelines. They?re trying to find funding to do a full-size [building] with water, electricity, AC, basically a fully operating room. Once that?s done, they will have someone to test it, make sure it?s according to specifications.?

Tuan says he has already seen high demand in the private sector as well.

?On the civil side, data centers need for some protection,? he says. ?Their most critical asset is the servers. If their server is out, they go belly up.?