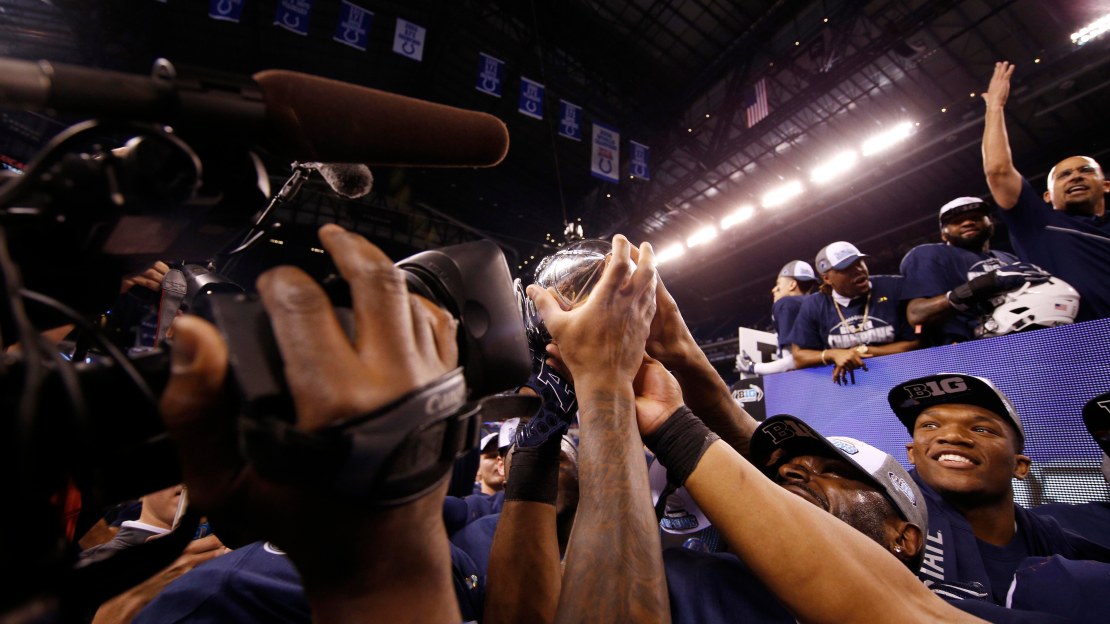 The 103rd edition of the Granddaddy of Them All matches two venerable football programs that have emerged from bad times since their last trip to this postseason showcase eight years ago.

USC (9-3) will meet Penn State (11-2) in a rematch of the 2009 Rose Bowl, won 38-24 by the Trojans. Neither team has been back to their conferences' traditional top postseason destination since, but both programs recovered from slow starts this fall to become two of the nation's top teams.

Coach Clay Helton's Trojans have won eight games in a row, capped by back-to-back victories over top rivals UCLA and Notre Dame. The Trojans barely missed out on the Pac-12 title game between Washington and Colorado, who were both beaten convincingly by USC.

Penn State will make its fourth appearance in the Rose Bowl, including three against USC. The Rose Bowl berth is another milestone in the Penn State program's revival after the scandal surrounding former defensive coordinator Jerry Sandusky, who was indicted on 40 counts of sex crimes in 2011.

USC will make its record 34th appearance in the Rose Bowl, far more than any other team. The Trojans' downtown campus is 15 miles from the stadium, which became the program's second home during the dominant years of coach Pete Carroll.

Here are some more things to know about the big game:

TROJANS RETURN: USC made the Rose Bowl five times in a six-season stretch under Carroll, including four straight trips from 2006-09, culminating in that victory over Joe Paterno's Nittany Lions. The Trojans have been through tumult since then, with a two-year bowl ban and other heavy NCAA sanctions leveled on the program in 2010. Coaches Lane Kiffin and Steve Sarkisian were hired and fired amid regular turmoil in the athletic department over the past half-decade, but the capable Helton stepped in twice to run the team before finally getting the full-time job late last season.

SLOW STARTS: Helton's first full season in charge got off to a 1-3 start this September with three losses to ranked teams away from home, but the Trojans haven't lost since. Penn State was 2-2 after a 49-10 loss to Michigan on Sept. 24, but the Nittany Lions are perfect ever since.

MATCHUPS: USC's solid defense must face a Penn State offense that has scored at least 38 points in six consecutive games. Penn State's defense will have its own hands full against USC's offense, which is dotted with NFL-caliber talent at nearly every position – including top receiver JuJu Smith-Schuster, 1,000-yard tailback Ronald Jones II and a powerful offensive line.

FAMILIAR PROBLEM: USC is 24-9 in the Rose Bowl game since making its first appearance in 1923, earning a 14-3 win over Penn State in the ninth Rose Bowl game ever played. According to the Rose Bowl, that 1923 game started 50 minutes late because of a classic LA problem: Penn State's team got stuck in traffic.