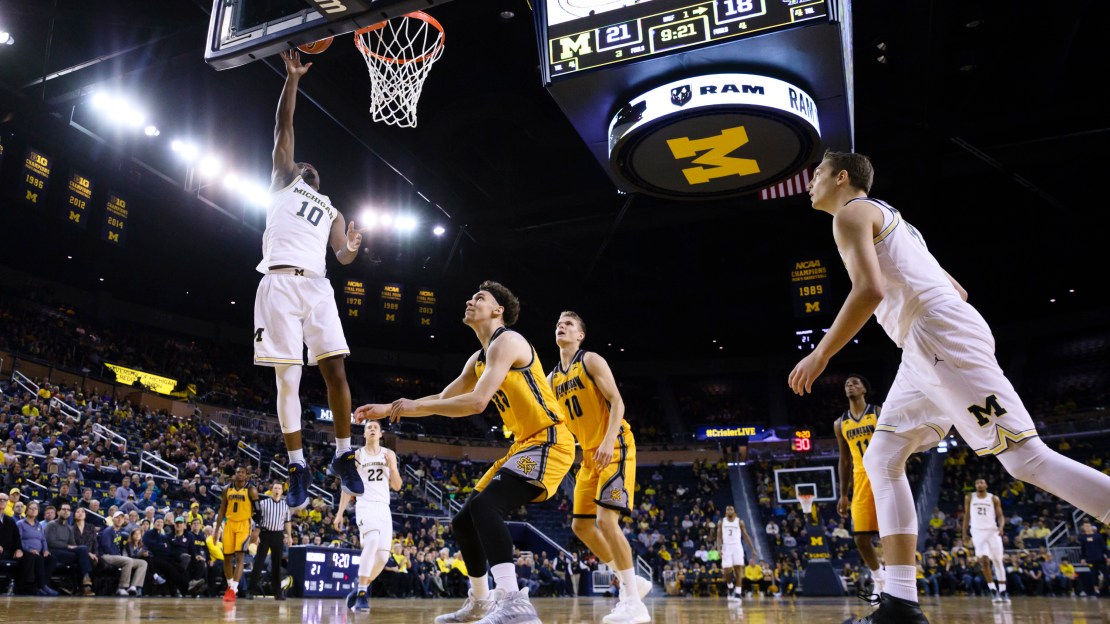 (AP) Moe Wagner scored a career-high 20 points, leading four Michigan players who scored in double figures for Michigan in an 82-55 win over Kennesaw State on Saturday.

Wagner, a 6-foot-11 sophomore from Berlin, Germany, made 7 of 8 shots from the floor, including 3 of 4 3-pointers to help Michigan improve to 51-1 under 10th-year coach John Beilein when it scores 80 or more points.

Kennesaw State (3-6) kept things interesting early when Kendrick Ray scored 10 of his game-high 24 points over a five-minute stretch of the first half to help the Owls erase Michigan's early 10-2 advantage and take an 18-16 lead of its own.

The Owls never led again, however, and Michigan was in control by halftime, when it took a 47-29 lead into the locker room. The Wolverines' biggest lead was 35 points midway through the second half.

Kennesaw State: Despite staying close early thanks to outside shooting, the Owls couldn't compete against the bigger Wolverines on the inside. Aubrey Williams, a 6-foot-7 forward who ranked fourth in the country with 12.8 rebounds per game, had just four against Michigan's bigger post players.

Michigan: The Wolverines, who tend to rely on their 3-point shooting, made 9-of-20 attempts from behind the arc, but also held a 36-20 scoring advantage in the paint and out-rebounded the Owls 32-19.

Kennesaw State: The Owls have an 11-day break until playing Rider at the Gotham Classic at 7 p.m. on Wednesday, Dec. 14.

Michigan: The Wolverines host Texas at 9 p.m. Tuesday before heading on the road to face No. 11 UCLA on Saturday.