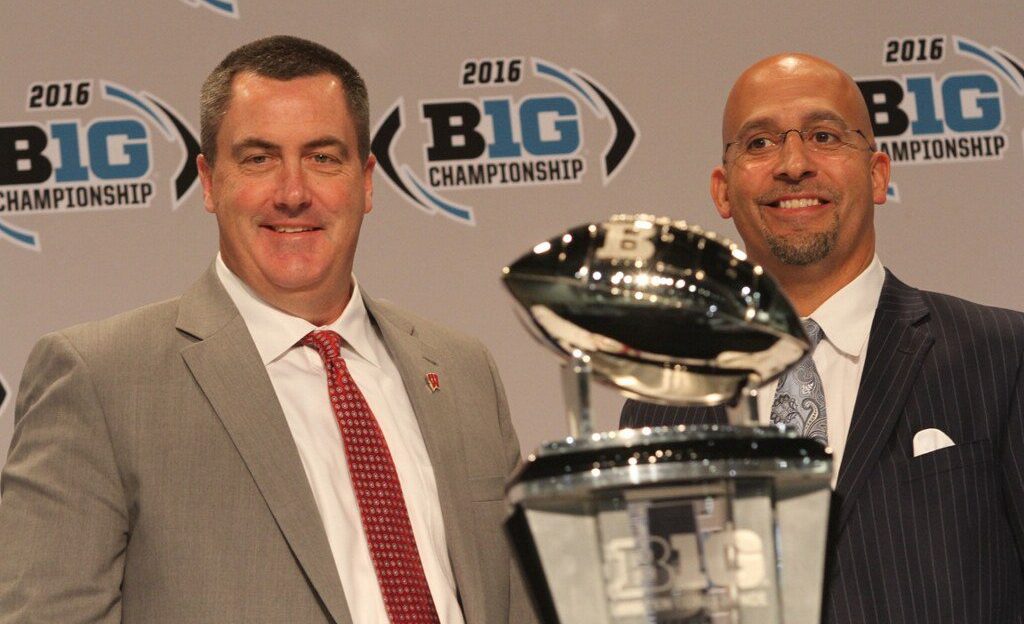 An event like the Big Ten Championship Game will always demand a high level of ceremonious hype leading up to kickoff. Soon the pageantry will pull back to make room for actual football, but Friday provided one last day for coaches and players from Penn State and Wisconsin to make the media rounds as fans flooded into Indianapolis.

Below are some of the highlights, sights and sounds from Big Ten Championship Eve in Indy.

The big news from Thursday of Indiana head football coach Kevin Wilson's resignation was still a hot topic, and BTN.com Senior Writer Tom Dienhart digested the news with Amina Smith on the scene in Indy.

The main media event of the day was a press conference featuring the head coaches from Penn State and Wisconsin. Both James Franklin and Paul Chryst dismissed the notion that the conference championship was overshadowed by the looming College Football Playoff, and Franklin made it clear that he wasn't interested in any "resume talk" or discussion beyond what awaited his Nittany Lions team Saturday.

It wasn't a full BTN Tailgate setup for Friday afternoon's BTN Live show in Indy, but fans still got a chance to strengthen their sign game before Saturday. Most signs showed support for the Nittany Lions or Badgers, but one fan snuck a random reference to the TV show "Friends" into the shot. Ross and Rachel were on a break, you guys.

Not a big Friends guy, but I laughed when this sign popped up at the B1G Championship pregame show today ? pic.twitter.com/jUlESY7CY6

Friday's episode of BTN Live also gave the teams and fans one last chance to reflect on their respective roads to Indy before the game Saturday.

And of course, a trip to Indianapolis wouldn't be complete without an IndyCar experience.

Snazzy ride for @pennstatefball from Indy airport to hotel. @btnjourney with @gopro cameras on car!

Nice car to lead @badgerfootball to hotel. @btnjourney will have @gopro cameras on each vehicle.

Enjoy the game, everyone.