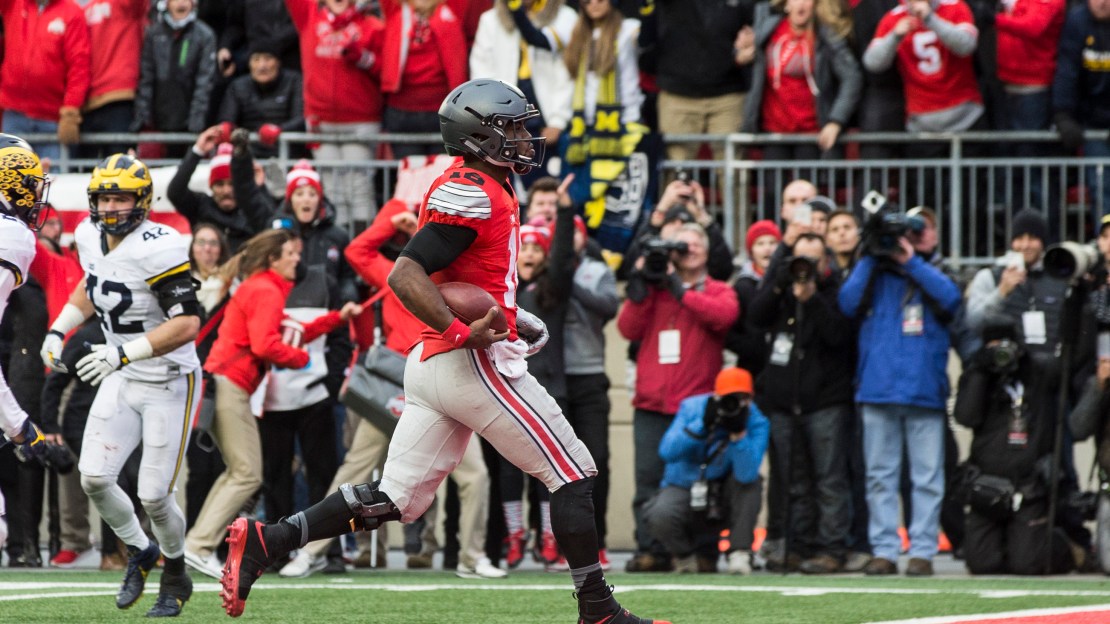 Michigan comes in at No. 5, while Wisconsin is No. 6 and Penn State is No. 7. The Wolverines were at No. 3 last week before losing at Ohio State, while the Badgers and Nittany Lions held steady. This all sets up for a fascinating final week of football as we race to see which four teams will make the playoff.

This much seems certain: Alabama and Ohio State appear to be locks to make the field, no matter what happens this weekend. Yes, the Tide can lose to Florida in the SEC title game and it won?t matter. Bama is in. And the Buckeyes regular season is over, as Ohio State has compiled a resume that is unmatched.

But who will be teams Nos. 3 and 4 in the final CFP poll?

If Clemson beats Virginia Tech in the ACC title game and Washington dumps Colorado in the Pac-12 title game, there is no drama. Your playoff field will be Bama, OSU, Clemson and U-Dub. But if Clemson or Washington loses, a spot in the playoff field would open up. Who would get it?

The winner of the Wisconsin-Penn State Big Ten title game would be in good position to make the field with a Clemson or Washington loss. How can the committee not take the champ from a Big Ten conference that many pundits feel is the strongest in the nation?

But don?t forget about Michigan. The Wolverines have a resume as good or better than Wisconsin?s or Penn State?s. Yes, Michigan lost last week at Ohio State in double overtime and also fell at Iowa on a last-second field goal, losing two of its last three games. But the Wolverines also beat Wisconsin and Penn State, along with Colorado. Would the committee push Michigan into the playoff over Wisconsin and Penn State? Interesting.

The committee never has taken a team that didn?t win its conference in the brief two-year history of the CFP. Would it take two such teams this year? From the same league, no less?

It?s going to be an interesting week.