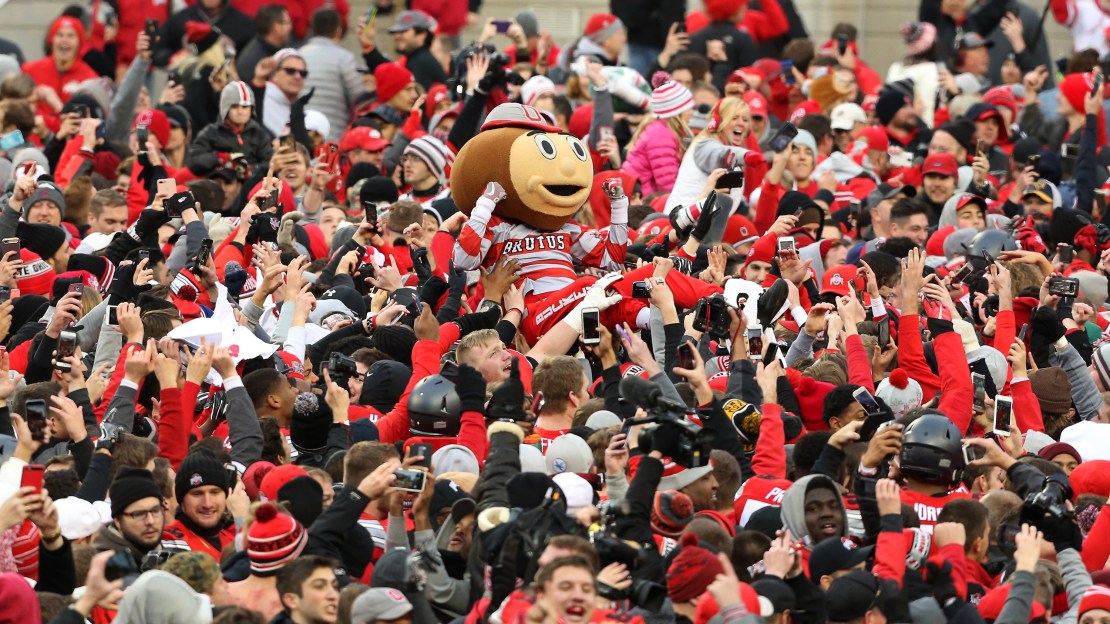 Well, it?s basically all over but the shouting. The playoff and bowl pictures have come into sharper focus following the final weekend of Big Ten football. Ten Big Ten teams are locks for the postseason, with one playoff team and three in Selection Committee bowls, according to Jerry Palm of CBSSports.com.

Some may be rocked by the notion that just one Big Ten team is projected to be in the playoff for now. And that one team isn?t even in this Saturday?s Big Ten title game: Ohio State. But, it?s true. Yes, a lot can happen in the next week to shake up the playoff picture. But for now, Palm thinks the Buckeyes are in, rendering the Big Ten title game between Wisconsin and Penn State moot when it comes to determining the playoff. But, a scenario can be envisioned in which two Big Ten teams, the title game winner and OSU, are in the playoff. Bottom line: stay tuned.

Palm still has the same four teams in playoff as last week. No. 1 Alabama is playing No. 4 Washington in the Peach Bowl, and No. 2 Clemson is taking on No. 3 Ohio State in the Fiesta Bowl.

Here is where Palm has Big Ten teams slotted in bowls.