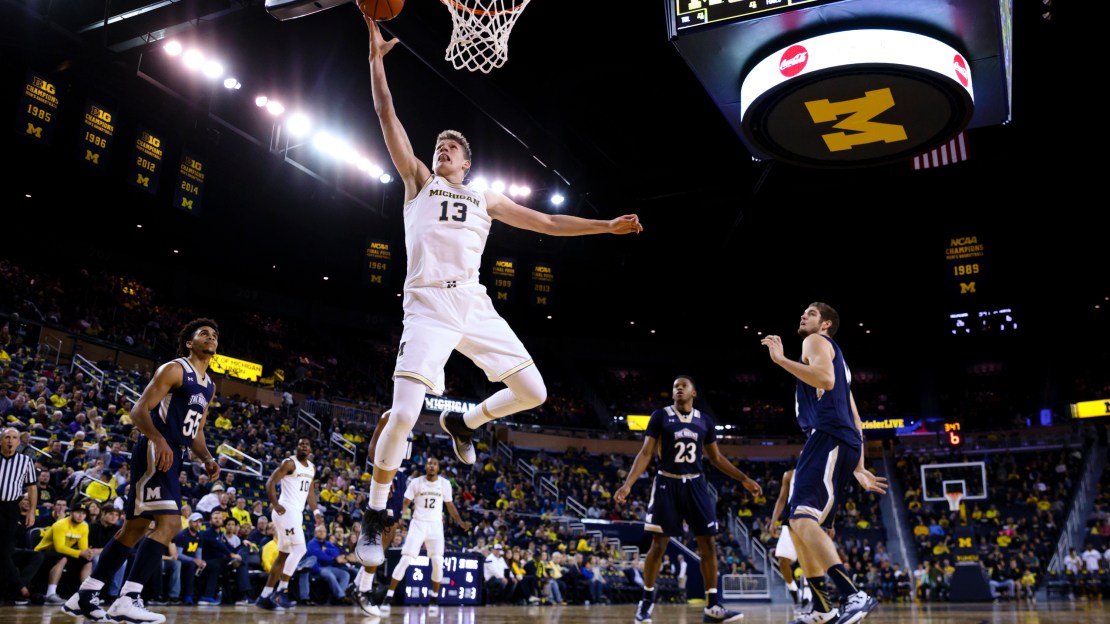 ANN ARBOR, Mich. (AP) Zak Irvin scored 14 points, Derrick Walton added 12 and No. 25 Michigan pulled away late in the first half and went on to a 64-47 victory over Mount St. Mary's on Saturday night.

Moe Wagner added 13 points for the Wolverines (5-1), who bounced back from a 15-point loss at South Carolina on Wednesday. Junior Robinson led the Mountaineers (1-6) with 21 points.

Michigan went on an 18-2 run in the first half and led 33-16 at halftime. Mount St. Mary's pulled within eight with 4:46 remaining in the game. Irvin responded with a midrange jumper, and the Wolverines were able to close out the game comfortably.

Michigan trailed 12-8 in the first half when Muhammad-Ali Abdur-Rahkman made a 3-pointer to start the Wolverines' big run. A 3-pointer by Walton put Michigan up 16-12, and after 3s by Wagner and Duncan Robinson, it was 26-14.

Mount St. Mary's: The Mountaineers are starting their season with nine straight games away from home. They played Michigan tough for about 10 minutes before going quiet offensively.

Michigan: It's hard to say what the atmosphere would have been like at this game if Michigan had beaten Ohio State earlier in the day in football, but after the Wolverines lost that showdown in double overtime, the mood on campus was subdued and Crisler Center was no different. Michigan did a good job taking control of the game near the end of the first half, in front of a crowd that was small and not particularly loud.

Mount St. Mary's: The Mountaineers have only two more road games to go before their home opener, but the next one should be tough. Mount St. Mary's is at Arkansas on Monday night.

Michigan: The Wolverines host Virginia Tech on Wednesday night as part of the ACC-Big Ten Challenge.