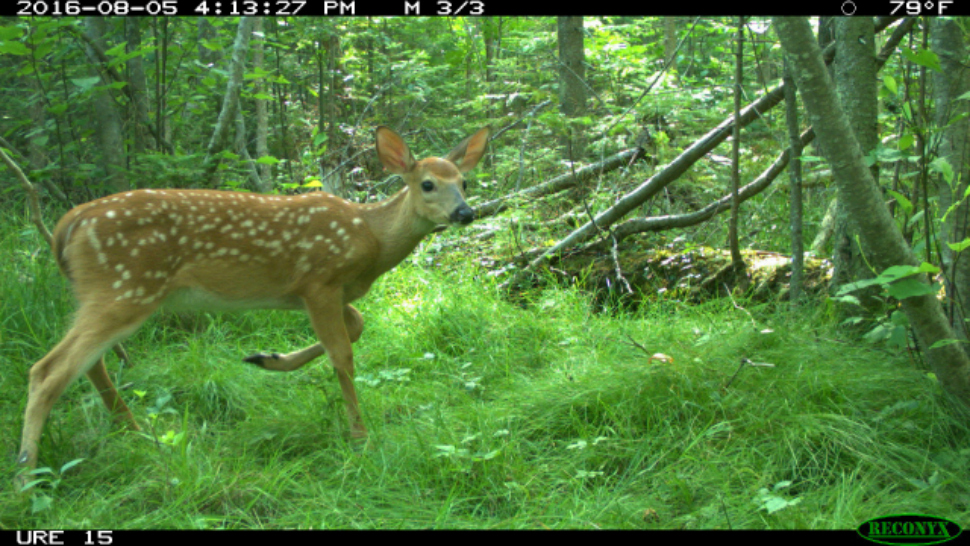 When the University of Michigan?s Dr. Nyeema Harris recently set out to study the wildlife of the state?s Lower Peninsula she knew she?d have to use traps.

But not the kinds of traps you?re probably envisioning.

These traps don?t hurt the animals a bit. In fact, they mostly go unnoticed, lashed tightly to a tree trunk. These are ?camera traps.?

Harris – an assistant professor in the Department of Ecology and Evolutionary Biology – and a team of researchers and students placed 150 motion-activated cameras throughout the University of Michigan Biological Station and at other locations around the state.

Most of the photos that Harris captured have been of Michigan?s large deer populations, but she is most interested in seeing the diversity present from region to region. With the help of the citizen-scientists of the Michigan ZoomIN Project, the professor and her team have identified everything from lithe bobcats to lumbering moose.

"There are so many research questions you can address by using cameras to study wildlife," Harris said to the university?s Michigan News website. "We're really just scratching the surface."

Below are just a few of our favorite photos of Michigan fauna au naturale. (Photos courtesy of Michigan ZoomIN.)