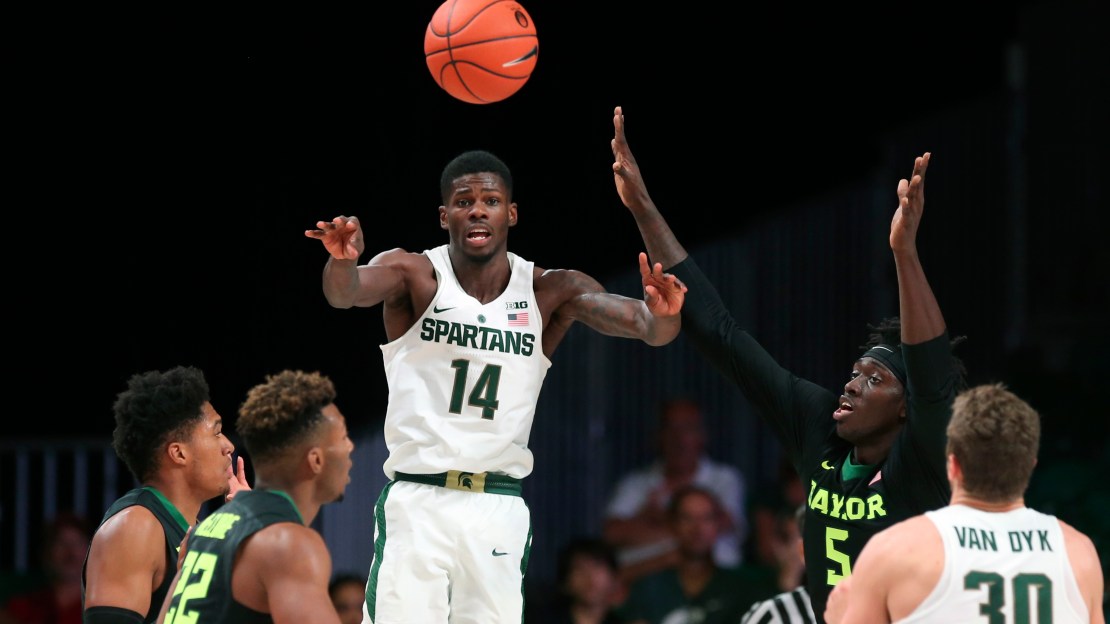 PARADISE ISLAND, Bahamas (AP) Johnathan Motley scored 20 of his 26 points in the first half and No. 20 Baylor dominated after halftime to beat No. 24 Michigan State 73-58 on Thursday to reach the Battle 4 Atlantis championship game.

Jo Lual-Acuil Jr. added 14 points and eight rebounds – nearly all in the second half – for the Bears (5-0), who sprinted out of the break with a 12-2 run on the way to shooting 55 percent in the second half. That quickly turned a 33-30 halftime deficit into a double-digit lead against the cold-shooting Spartans (3-3).

Michigan State went 7 minutes between baskets spanning halftime as Baylor made its push, while the Spartans' thin front line was no match for the 7-foot Lual-Acuil and 6-foot-10-inch Motley.

Freshman Miles Bridges scored 15 points for the Spartans, who shot 39 percent after halftime – including 1 for 10 on 3-pointers.

Baylor: That's two wins against ranked teams in roughly a week for the Bears. And in their first two games in the Bahamas, they've notched a tough win against VCU and now a rout against the Spartans.

Michigan State: The concerns about the Spartans' front line showed up in a big way in this one. Motley went just about anywhere he wanted in the first half, while Lual-Acuil led a strong Baylor effort on the boards. Coach Tom Izzo said Wednesday there would be some growing pains while this group sorted things out – and this performance illustrated it perfectly.

Baylor: The Bears will play the Wichita State-Louisville winner in Friday's championship game.