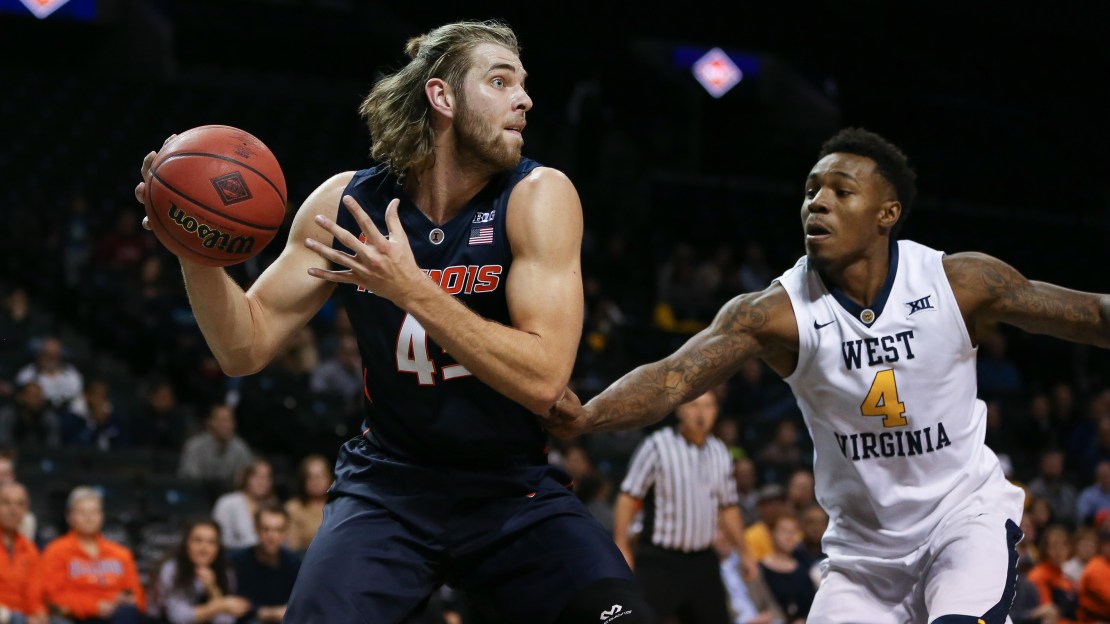 NEW YORK (AP) Nathan Adrian had 13 points and eight rebounds in No. 19 West Virginia's 89-57 victory over Illinois on Thursday in the first round of the NIT Season Tip-Off at the Barclays Center.

Jevon Carter added 10 points, six rebounds, six steals and five assists for the Mountaineers (4-0). They will face Temple in the title game Friday. The Owls beat No. 25 Florida State 89-86.

Esa Ahmad and Elijah Macon each had nine points, and Teyvon Myers and Daxter Miles Jr. added eight each. Michael Finke led Illinois (4-2) with 13 points, and Mike Thorne Jr. had 12.

Illinois: Undoubtedly, this was an embarrassing loss for the Illini. But the positive is that they are unlikely to play anyone in the Big Ten that resembles West Virginia.

West Virginia: Bob Huggins' teams are renowned for their trap and their ability to turn opponents' turnovers into fast break points. Nothing has changed in that regard. Long term, though, does he have the kind of ball distributor that is needed to be successful in the NCAA Tournament?

Illinois: Entering Thursday, the Illini were coming off an 84-80 overtime loss to Winthrop. So they weren't going to move into the Top 25. The loss to West Virginia just solidified that fact.

West Virginia: Following a decisive win, the Mountaineers are staying in the Top 25.

Illinois: Will face Florida State in the consolation game Friday.

West Virginia: Will face Temple in the championship game Friday.