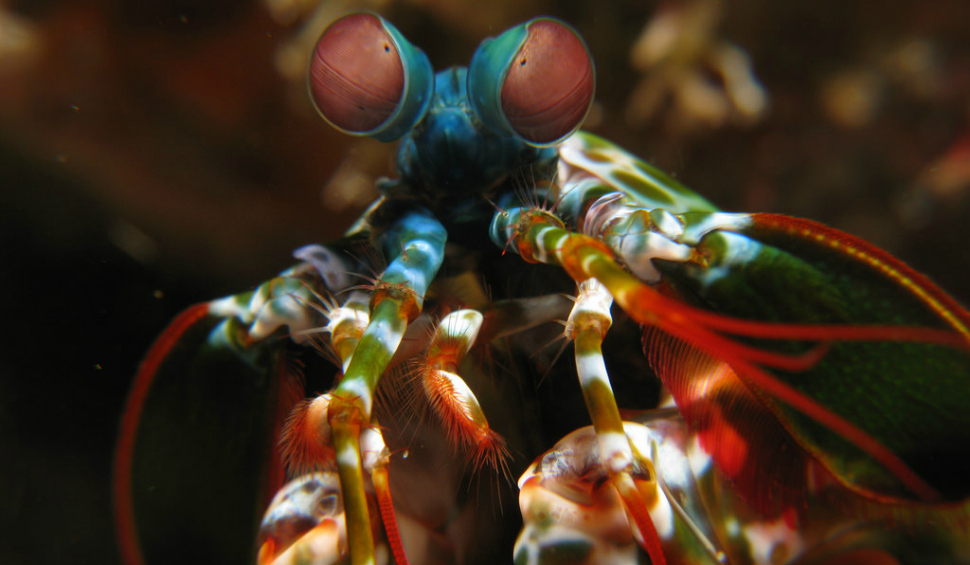 If you were able to look at life through the eyes of a mantis shrimp, what would it look like?

More than a theoretical question on marine life, it?s how one University of Illinois researcher thinks we may be able to detect cancer earlier than we do now.

Viktor Gruev, an associate professor in the department of electrical and computer engineering at Illinois, has been working with an international team of scientists and researchers on a camera that could allow doctors to detect cancer cells through the use of polarized light. The inspiration for this camera came from studying the eyes of mantis shrimp.

Back in 2014, Smithsonian magazine looked at the team?s early work. Essentially, cancer cells show up differently under polarized light than healthy cells, but in a way undetectable to the human eye.

Fast-forward to 2016 and Gruev and the team, which includes members from Australia, England and the University of Maryland, is getting closer to making it commonplace in the operating room, using a single camera, instead of multiple ones:

Currently, Gruev is incorporating a multispectral camera to image cancer tissue in real-time. His team has developed a whole platform from scratch: a physician wears video goggles that have special multi-spectral cameras that superimpose highlighted tissue areas over real-time video during surgery.

?We?ve translated this into the operating room during breast cancer surgeries to enable the physician to correctly identify lymph nodes or particular organs and successfully remove all primary and secondary tumors,? he said. ?It?s a different type of problem that we solved: going from the developing nanostructures in the cleanroom, to integrating these photonic crystals with sensors, to finally translating an idea to the operating room.?

KQED?s Deep Look discusses the eyes of mantis shrimp and how they can be useful in this type of research.