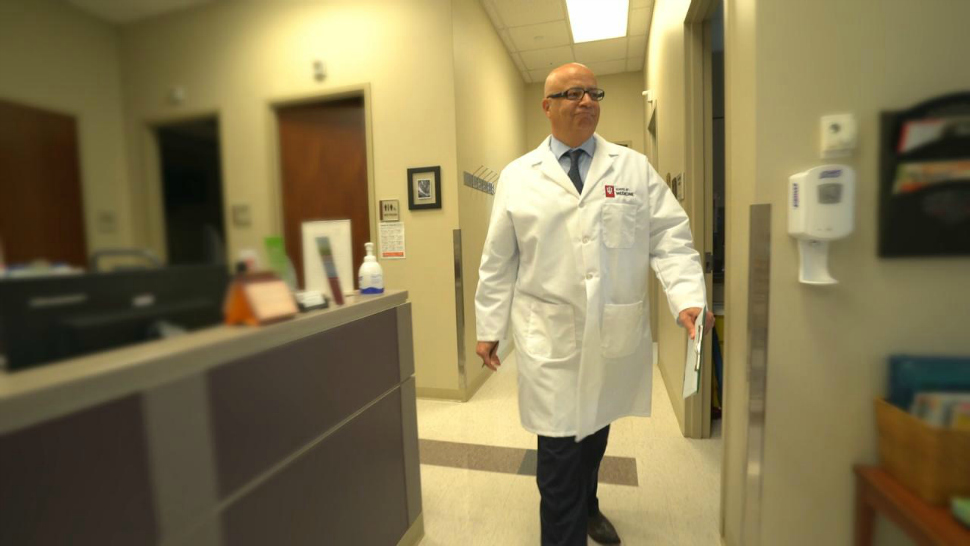 Multiple myeloma is a rare blood cancer. It accounts for only around one percent of total cancer diagnoses. Originating in the bone marrow, multiple myeloma can cause anemia, renal dysfunction, bone destruction and organ failure.

Yet, it's the rarity of the disease that often leaves patients reeling.

"When you're dealing with a rare cancer like multiple myeloma, patients don't know what it is," says Rafat Abonour, MD, Professor of Pathology at the Indiana University School of Medicine. "When you have a rare cancer, you really have to have a champion to spread the word about the disease, educate people about the disease and find more funding to try to cure the disease."

So Abonour, a leading oncologist, decided to hit the streets, literally. In 2005, with inspiration from a patient, he started Miles for Myeloma, a multi-day trek across Indiana to bring hope, spread awareness and raise money for the fight against multiple myeloma.

"I was an avid runner and my patient said, 'Why don't we have a 5K for multiple myeloma?' I found that to be, sort of, ordinary. Everybody does a 5K for something. I said, 'You guys come to me for a second opinion. Why don't I go to your towns and spread the word about the disease?'"

That first year, Abonour ran and biked from Indianapolis to Fort Wayne, Indiana – a distance of 120 miles – and raised $130,000, well over his $25,000 goal. Eleven years later, Miles for Myeloma has grown in participation and length, so much so that it is now exclusively a bike ride. To date, the group has raised close to $3,000,000 for research and treatment.

Along the route, the riders stop to hold rallies in the communities they're passing through. They talk with locals about multiple myeloma, the symptoms and predispositions for it and the importance of regular cancer screenings. More importantly though, says Abonour, the riders stop to honor and remember those they've lost.