No. 6 Indiana cruises past UMass-Lowell 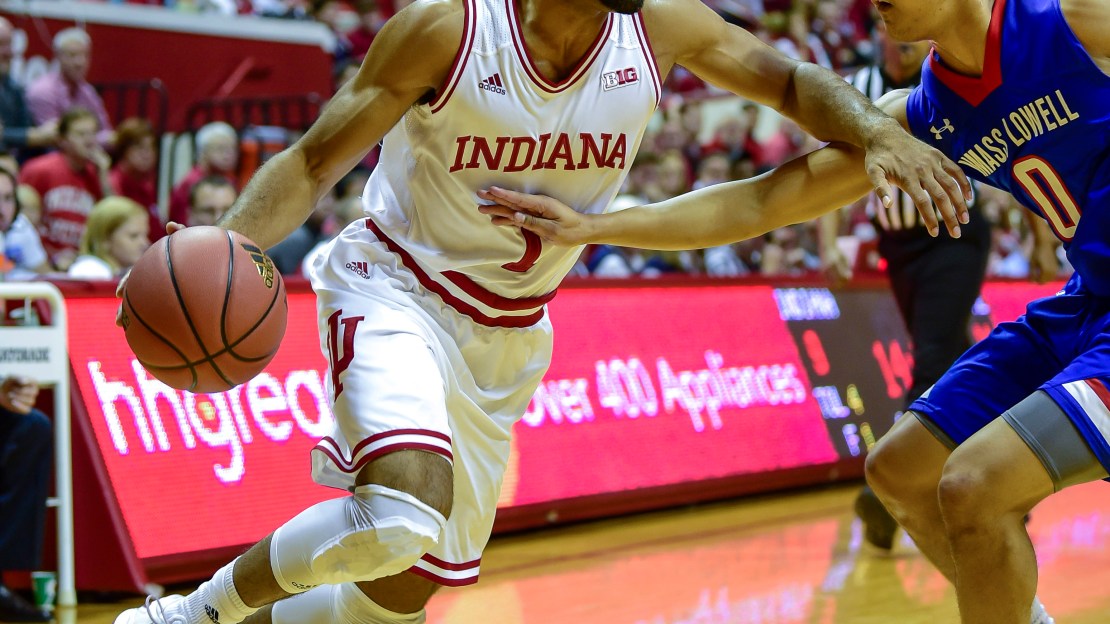 Blackmon made four 3-pointers and scored 20 of his 23 points in the first half of Indiana's regular season home opener.

The Hoosiers (2-0) were playing their first game since beating No. 3 Kansas in the Armed Forces Classic and had to overcome a slow, sloppy start. Indiana outscored UMass Lowell (1-2) 32-15 over the final 8:24 of the first half. Indiana shot 60 percent from the field (21 of 35) in the first half. The Hoosiers found scoring opportunities with sound passing, scoring 23 of their field goals off an assist.

Jahad Thomas finished with 16 points and Tyler Livingston scored 14 for the River Hawks.

BIG PICTURE: Indiana will have three more games to build on the big win over Kansas. The Hoosiers next three games are against mid-majors before they host North Carolina on Nov. 30. The Hoosiers' other notable non-conference game comes on Dec. 17 when they face Butler at Bankers Life Fieldhouse before kicking off Big Ten Conference play against Nebraska on Dec. 28. Indiana's final non-conference game is a showdown with No. 12 Louisville at Bankers Life on New Year's Eve.