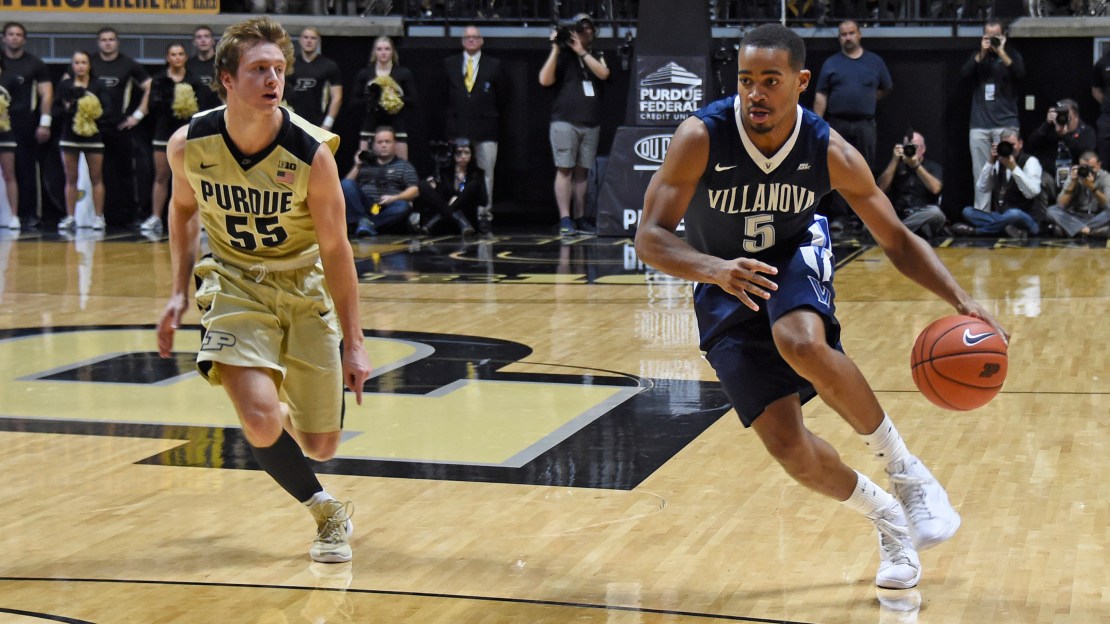 The Wildcats (2-0) have won eight straight games, including the six NCAA Tournament victories that gave them the national title last season. They also snapped the Boilermakers' nine-game home winning streak and became only the second team to beat Matt Painter in November since he became Purdue's coach in 2006-07.

Isaac Haas scored 18 of his 22 points in the second half for the Boilermakers (1-1). Caleb Swanigan had 20 points, eight rebounds and four assists.

Villanova scored seven straight baskets to start the second half, charging out to a 56-45 lead. Swanigan and Haas combined for five consecutive Boilermakers buckets in a run that pulled Purdue to 61-60.

But the Boilermakers never tied the score or took the lead even though they got within one three times in the final minute. Swanigan badly missed a 3-pointer from the top of the arc in the closing seconds, and Carsen Edwards' 3 off the rebound from the corner hit the side of the backboard as the buzzer sounded.

Villanova: The Wildcats passed their biggest test of November – barely. Now they've got five games over the next 15 days, three more by Sunday, to get everything in sync.

Purdue: This early test showed the Boilermakers can play with the big boys. Beating them might still be a challenge if they don't find more perimeter shooting.

Villanova: On Thursday, the Wildcats face Western Michigan in Charleston, South Carolina, as they chase their fourth straight in-season tourney title. It's the first meeting between the schools.

Purdue: Hosts Georgia State on Friday, marking the return of former IUPUI coach Ron Hunter. The Boilermakers are 24-2 at Mackey Arena over the last 26 games.
– See more at: http://bigtennetwork.stats.com/cbk/recap.asp?g=201611140474&home=474&vis=617&final=true#sthash.UvYC5mbb.dpuf