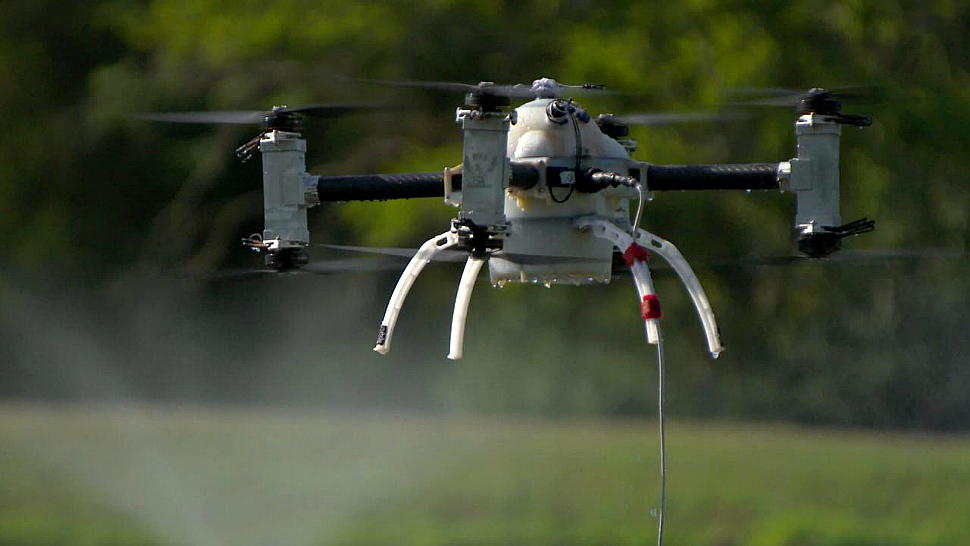 To say that Rutgers University has developed the next great leap forward in drone technology wouldn?t be an exaggeration.

That?s because a team of engineers at the school have created the world?s first drone capable of operating both in the sky and underwater and seamlessly transitioning between the two.

?Having a vehicle that can operate both in the air and underwater solves two problems,? says Dr. F. Javier Diez, associate professor of mechanical and aerospace engineering. ?Instead of using two drones, we combine them into one.?

According to Diez, the main advantage for a drone like the Naviator over other models is rapid deployment in emergency situations, such as a search and rescue operation. Quickly flying to where it is needed, the Naviator?s dive capabilities would allow it to immediately go to work aquatic environments.

To accomplish this, Diez and his team of undergraduate and graduate researchers had to surmount some serious obstacles. First, their drone had to be neutrally buoyant; too heavy it would sink like a stone, too light and it would struggle to dive. They also had to figure out how to make the change in operational environment as smooth as possible.

?It does this using a set of dual blades,? says Marco Maia, a PhD student working on the project. ?It has a top and bottom set of propellers, so it never loses thrust during its transition.?

The bi-level system also means that the Naviator is remarkably maneuverable and able to operate at relatively high speeds in both environments. The redundant propulsion also allows for continued use should one set of propellers malfunction, a crucial component of design for a drone that may work in hazardous conditions.

?We?re improving the capabilities of this drone,? notes Diez. ?We want to make it more robust so it can go into rough weather, rough seas. We also want to optimize flight capabilities. We want to make sure that it can operate without direct control.?

Recently, the team received a $618,000 grant from the US Navy?s Office of Naval Research. Drones like the Naviator could one day be used as a first line of defense for our armed forces, serving in reconnaissance and mine-sweeping roles at sea. Maia also sees the Naviator helping with our nation?s infrastructure, allowing for rapid and relatively easy inspection of bridges, dams, docks, and oil rigs.

?As a student, I?m happy to be on the frontier of a new technology,? says Maia. ?[Naviator] can go where no other has gone: in two mediums at the same time. It?s exciting.?