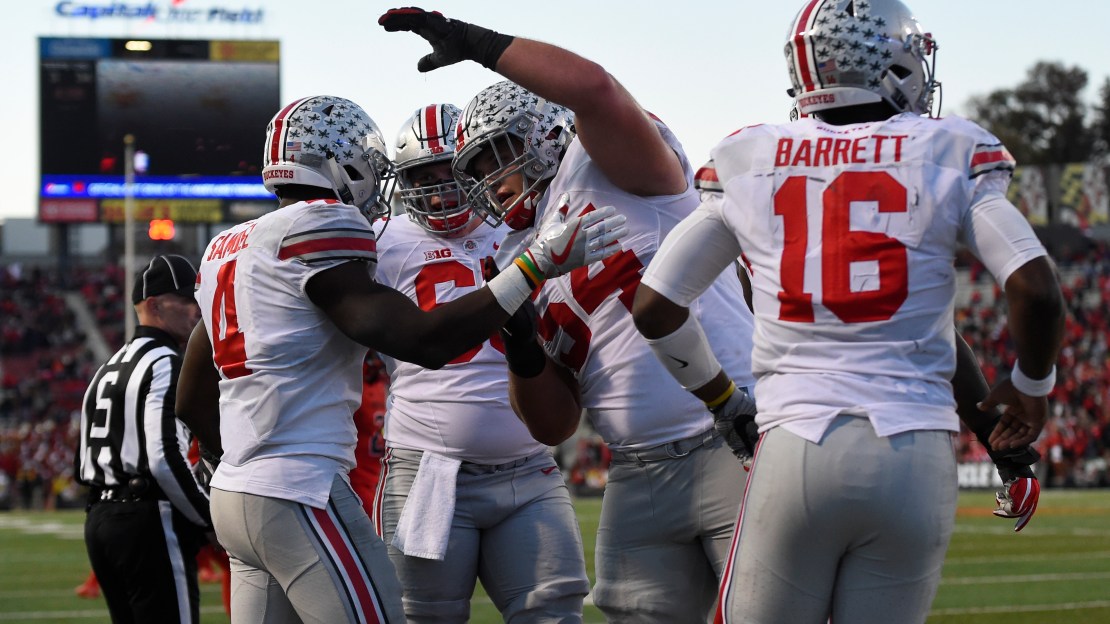 Michigan?s stunning 14-13 loss at Iowa means there is a new king in the Big Ten. It's a familiar one, at that, in Ohio State, which spent most of the season atop the list before losing at Penn State.

Check out my latest Big Ten Power Rankings, presented by ArcelorMittal, below.

2. Michigan (9-1, 6-1). Questions about the offense (run game) are again relevant after an upset loss at Iowa. And Wilton Speight looked ? not good.
Last week: 1
Up next: Indiana

3. Wisconsin (8-2, 5-2). That?s four wins in a row for the Badgers, who control their own destiny in the West after obliterating Illinois. Don?t forget about these guys.
Last week: 3
Up next: at Purdue

4. Penn State (8-2, 6-1). It wasn?t pretty, but the win at Indiana showed a lot of grit for a team that has won six in a row. And Michigan?s loss means PSU is a step closer to maybe winning the East. Amazing.
Last week: 4
Up next: at Rutgers

5. Nebraska (8-2, 5-2). The Huskers got back on track by topping Minnesota to end a two-game slide. How good is Tommy Armstrong? Very impressive. And so tough.
Last week: 5
Up next: Maryland

6. Northwestern (5-5, 4-3). The Wildcats ended a two-game slide with an emphatic win at Purdue as the offense came back to life.
Last week: 7
Up next: at Minnesota

7. Iowa (6-4, 4-3). The upset of Michigan shows the heart and desire of this program. Akrum Wadley for president! Can the Hawkeyes win out?
Last week: 8
Up next: at Illinois

8. Minnesota (7-3, 4-3). The Gophers? four-game winning streak is over. And they also no longer control their own destiny. The run game got stuffed at Nebraska.
Last week: 6
Up next: Northwestern

9. Indiana (5-5, 3-4). The two-game winning streak ended, as IU probably let one get away vs. Penn State. Turnovers remain an issue, as the Hoosiers have nine in the last two games.
Last week: 9
Up next: at Michigan

11. Illinois (3-7, 2-5). It was back to reality for the Fighting Illini a week after beating Michigan State, as Illinois got clobbered at Wisconsin.
Last week: 11
Up next: Iowa

12. Michigan State (3-7, 1-6). Finally! The Spartans ended a seven-game losing streak by notching their first Big Ten win of the season. Hey, it was vs. Rutgers. But it still counts.
Last week: 13
Up next: Ohio State

13. Purdue (3-7, 1-6). That?s five losses in a row for the Boilermakers in a season that can?t end soon enough for a hopelessly undermanned roster.
Last week: 12
Up next: Wisconsin

14. Rutgers (2-8, 0-7). The misery continues for the Scarlet Knights, who remain the lone winless team in Big Ten action. The offense took a big step back at Michigan State.
Last week: 14
Up next: Penn State