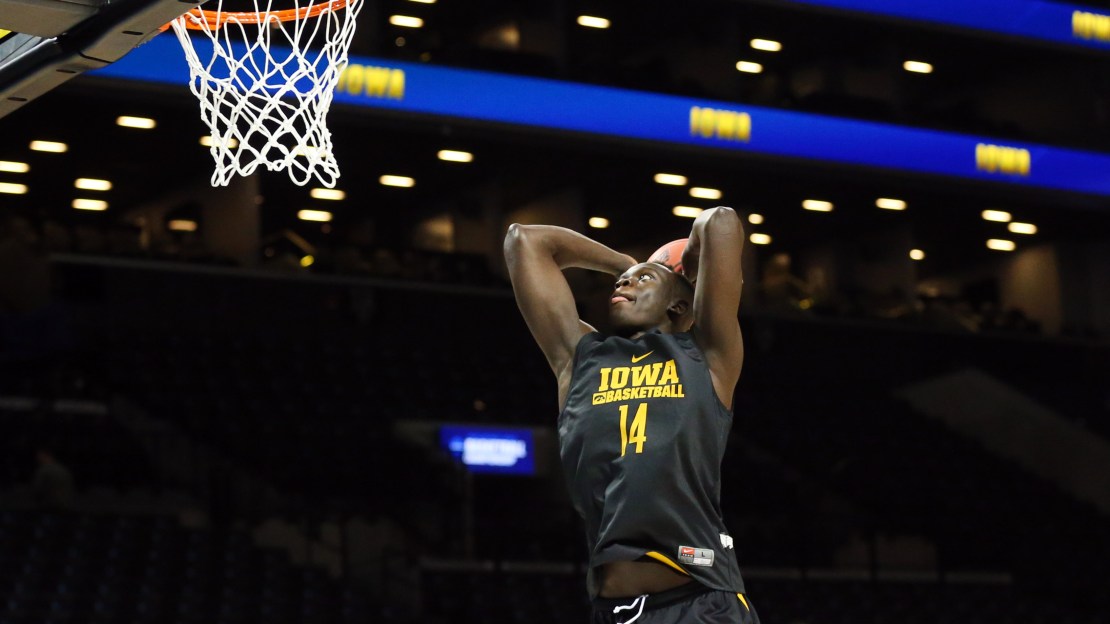 Every November, like everyone else, I enter basketball season with questions surrounding certain programs or specific players. These questions often expose a key to success, a concern or some form of vulnerability.

Here are my B1G questions as we get ready for non-conference play Friday night.

1. Can James Blackmon Jr., Robert Johnson and Josh Newkirk push the tempo, make plays and lead what should be the most potent offense in the country? The development of Thomas Bryant, OG Anunoby and Juwan Morgan make this team extremely difficult to slow down, but it all starts with the guards who will force the issue. The improvements and adjustments the Hoosiers made on defense last year will make them even more dangerous this season.

2. Will Wisconsin be able to handle the pressure of expectations following a season as the underdog? A lot of this will fall on Nigel Hayes and whether he can be a true leader for this team. He needs to be the best defender, leading scorer and vocal leader for the Badgers to win the Big Ten championship and beyond. The potential is certainly there for Wisconsin, but it will be different this year with the target on its back.

3. Can Purdue (as a unit) manage and attack pressure this season? Last year, the Boilermakers struggled with full-court and, at times, half-court pressure. This is not an individual issue and it is not as simple as not turning the ball over. It's a mental issue, and we'll learn quickly whether they've improved in this department as the Boilers welcome defending national champion Villanova on Monday.

4. Can Tum Tum Nairn be the leader that Tom Izzo teams thrive with? One of the best Michigan State teams in the Tom Izzo era was led by a non-scoring point guard. Mateen Cleaves set the tone on offense and defense, as well as in the locker room. Nairn is the type of player anyone in the country would love to play with yet hate to play against. As good as freshman Miles Bridges may be, Nairn is the key to this team's success.

5. Is this year's Maryland team more suited for success than last year's star-studded squad? The expectations were high for the Terps last year, but the team never truly gelled. Chemistry always seemed to be an issue. This year's team will have a more balanced attack with Melo Trimble returning for his junior year and Dion Wiley returning from injury.

6. Will Michigan be able to defend enough to reach its potential? When you have an offensive attack led by Derrick Walton Jr., Zak Irvin, Duncan Robinson and Muhammad-Ali Abdur-Rahkman, you don't have to be a great defensive team. If the Wolverines can be effective enough on the defensive end to get stops and fast break opportunities, they can solidify a position in the top half of the conference.

7. Is this going to be the year for Chris Collins and Northwestern? We seem to ask this question every few years, but with Bryant McIntosh and more depth than we've ever seen in Evanston, this could be the team that breaks through and makes an NCAA tournament run. Getting Vic Law back from injury and having 10 legitimate contributors could be what puts this team over the edge.

8. Can the Illini stay healthy? With two sixth-year guys in Tracy Abrams and Mike Thorne Jr. and one of the most versatile players in the country in Malcolm Hill, there's no ceiling for John Groce and crew this year. When you look at their starting lineup and their depth, you shouldn't be surprised to see this team in the NCAA tournament field.

9. Can Peter Jok carry the load in Iowa City? Jok has a unique opportunity to be "the man" for the Hawkeyes this season. I played against A.J. Guyton (Indiana) in college, and Jok is going to have to be that type of player for Iowa to be successful. He's going to have to make plays off the ball. He'll have to be creative with the ball in his hands and also create opportunities in transition. Losing four senior starters from last year, this will be a completely different Hawkeye team. The potential is still there, though, if Jok can be what Fran McCaffery will need him to be.

10. Who will move from the basement to the middle of the pack? Aside from Illinois, I could see Minnesota and Penn State making a big jump this season. Richard Pitino has better depth and experience, as well as a team that can play his style. Penn State has a great freshman class and the competition in practice, coupled with the expectation to win, may be what helps put the Nittany Lions over the edge.