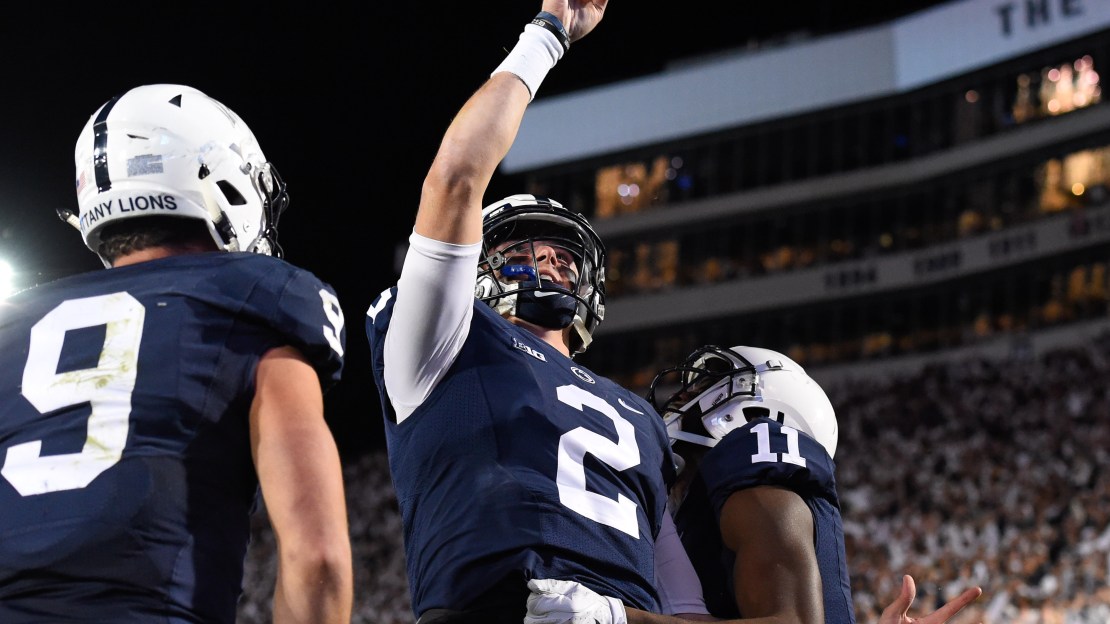 Michigan remains king of the Big Ten, for now. But Ohio State, Wisconsin and Penn State are looking good. And keep an eye on Minnesota.

2. Ohio State (8-1, 5-1). The Buckeye offense finally woke up, showing flashes of its September power. Yes, Ohio State is young. But it?s oh-so talented.
Last week: 2
Up next: at Maryland

4. Penn State (7-2, 5-1). That?s five wins in succession for the Nittany Lions, who are right up there with Michigan as the hottest team in the Big Ten. Too bad PSU can?t play the Wolverines next week.
Last week: 5
Up next: at Indiana

6. Minnesota (7-2, 4-2). This may be the quietest 7-2 in America. But now, things will be interesting with games left at Nebraska, vs. Northwestern and at Wisconsin. Whatcha got, Goldy?
Last week: 8
Up next: at Nebraska

7. Northwestern (4-5, 3-3). The Wildcats got stuffed at home, their fourth defeat in Evanston. And, NU just may be out of the running in the Big Ten West.
Last week: 6
Up next: at Purdue

8. Iowa (5-4, 3-3). The Hawkeyes? season is sliding south, as they suffered a second loss in a row. The beating at Penn State will be difficult to bounce back from.
Last week: 7
Up next: Michigan

9. Indiana (5-4, 3-3). Despite four turnovers, three missed field goals and two blown PATs, the Hoosiers won a game. Is this a good thing?
Last week: 9
Up next: Penn State

11. Illinois (3-6, 2-4). The home win vs. Michigan State is just what the doctor ordered, as the defense finally played pretty well.
Last week: 13
Up next: at Wisconsin

12. Purdue (3-6, 1-5). Same story, different week. The Boilermakers can?t run the ball or stop the run. And Purdue has been outscored 65-7 in the second half over the last three weeks.
Last week: 12
Up next: Northwestern

14. Rutgers (2-7, 0-6). The Scarlet Knights have lost six in a row. But, RU has shown life the last two games. That elusive Big Ten win is getting closer.
Last week: 14
Up next: at Michigan State