Watch how a Nebraska team created a drone to fight wildfires: BTN LiveBIG 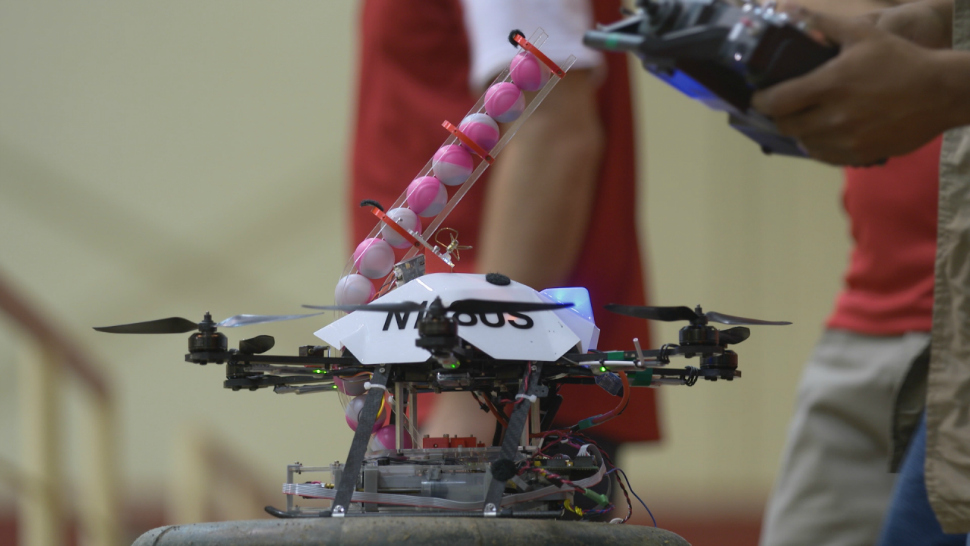 As drones become more commonplace for photography, researchers at Nebraska are looking at how this same technology can make it possible to save lives in the field of wildland firefighting.

Through a collaboration with Nebraska?s NIMBUS Lab and its Department of Agronomy and Horticulture (as well as the U.S. Geological Survey), the team created a precision drone that removes humans from the dangerous work of prescribed burns used to control the type of vegetation most likely to fuel dangerous wildfires. 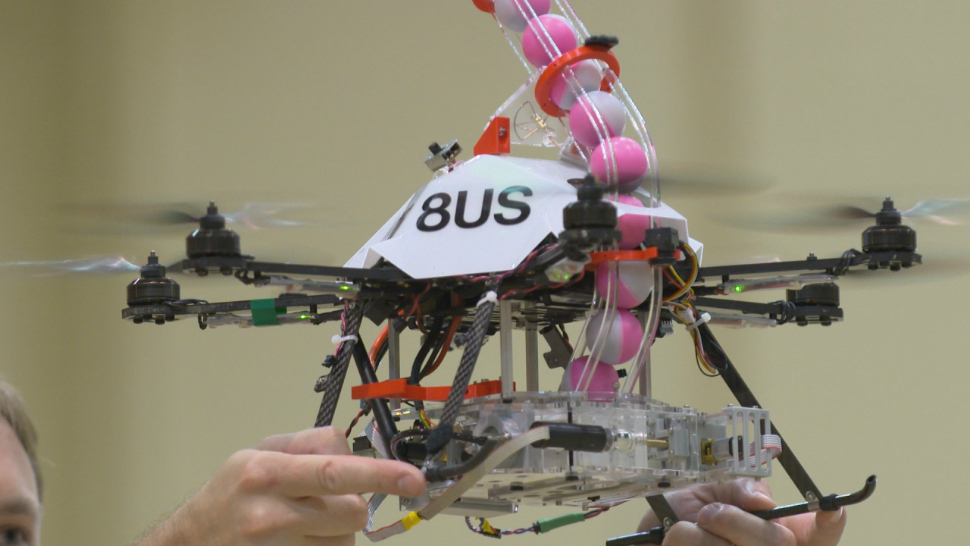 Calling it The Unmanned Aerial System for Firefighting (UAS-FF), the NIMBUS lab created a drone loaded with ping-pong-sized balls that serve as the fuel for the fire.

The drone drops the balls into the designated area which then ignite just after hitting the ground. 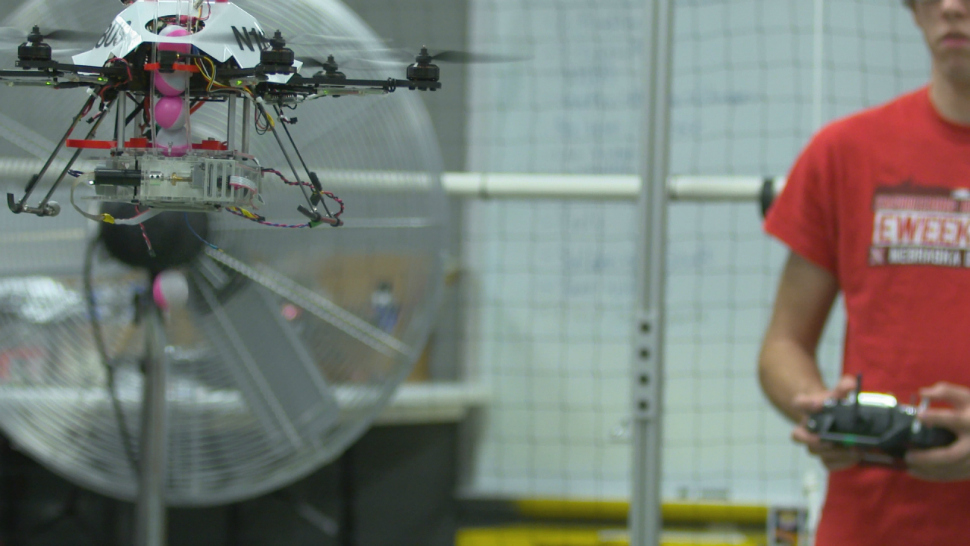 ?When we combine the idea of aerial robots with fire – that?s every young man?s dream, to be able to link those two together,? says Dirac Twidwell, assistant professor of Range, Land and Fire Economy in Nebraska?s Department of Agronomy and Horticulture.

The balls are filled with potassium permanganate, a stable chemical that only catches fire once it?s mixed with glycol just moments before it?s released by the drone.

?The marriage of UAV technology and fire science is an example of how scientific and technological innovations really hold great promise for the future,? says Carrick Detweiler, associate professor in the Computer Science and Engineering Department at the University of Nebraska. 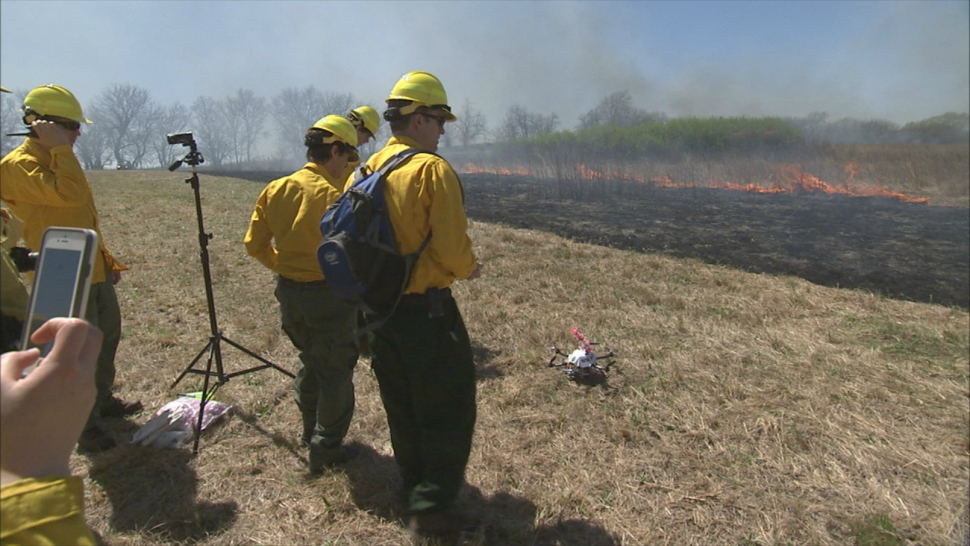 Drones allow for firefighters to remain on the perimeter, piloting the drone into the target area with some precision though the delivery method and chemical mixture do not require pinpoint accuracy. 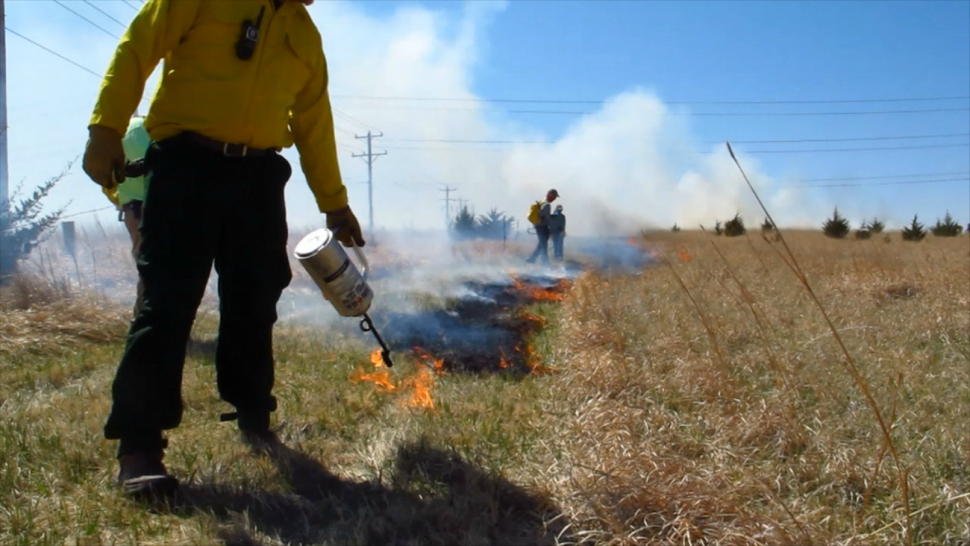 Up to now, firefighters executed controlled burns with drip torches, helicopters or aerial ignitions that are expensive or require humans to place themselves in the center of the fire. 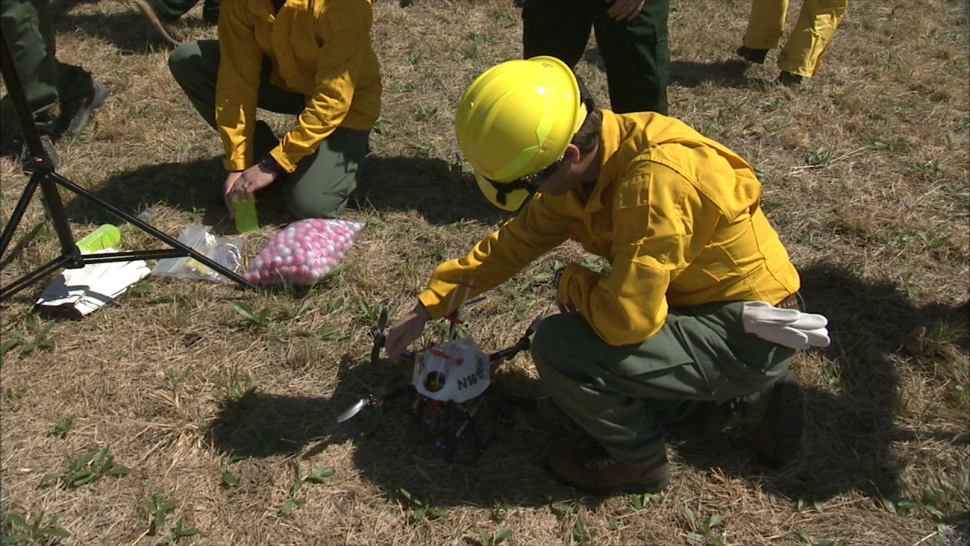 ?Our prescribed fire ignition UAV can be operated by firefighters from a safe distance, significantly reducing risk, while still allowing them to precisely control and manipulate the fire,? says Detweiler. 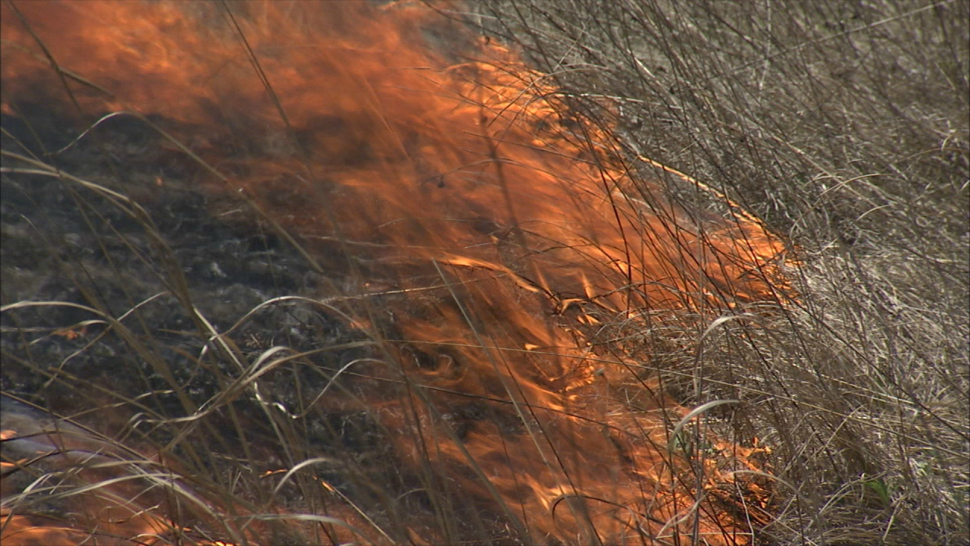 This creates a fire hot enough to burn out the woody plants and other invasive species that act as fuel for wildfires. Not only does this allow for more grassland vegetation to thrive but it supports the wildlife that inhabit the plains who depend on fires to contribute to their habitat.

?The work we?re doing in the Nimbus Lab is going to change the way fires are managed and this is going to significantly reduce the cost and also the, the lost lives,? says Detweiler.

Read our Q&A with Twidwell and Detweiler, two of the people who developed the drone and ignition technique