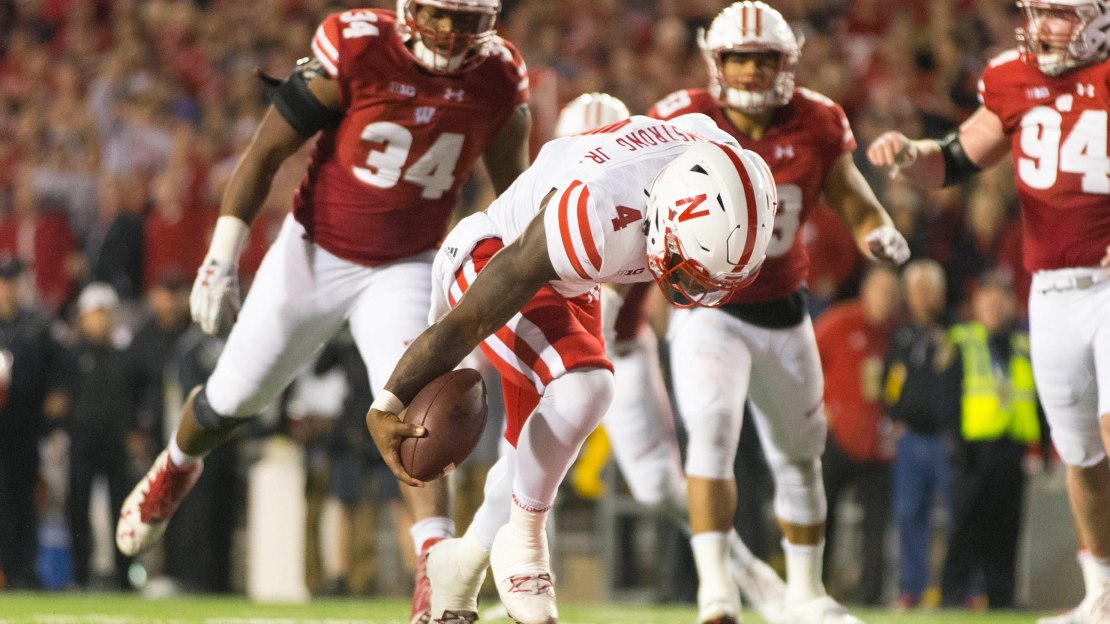 (AP) To a man, and starting with the head coach, the Nebraska Cornhuskers said their first loss of the season motivates them more than disappoints them and that there would be no emotional hangover when they play No. 6 Ohio State in the second of two straight difficult road games.

"I think our team actually will be mad," coach Mike Riley said Monday. "You can be sad, or you can be mad, and you can have a chip on your shoulder and know we can be better and go play hard. We'll have to play hard and well to win, but that's the approach our team will take."

The No. 9 Huskers (7-1, 4-1 Big Ten) lamented missed opportunities in their 23-17 overtime loss at now-No. 8 Wisconsin . Quarterback Tommy Armstrong Jr. wasn't sharp and the running game never got going, yet they were in position to win after the Badgers missed a field goal late in regulation and an extra point in overtime.

"We're not going to be hung up about it and be sad about that," tight end Trey Foster said. "The season's right in front of us. Nobody's dreams have been crushed."

Nebraska holds a one-game lead over Wisconsin, Minnesota, Iowa and Northwestern in the Big Ten West. The Huskers still have to play Minnesota and Iowa.

The Huskers lost 63-38 in their last visit to Columbus, under Bo Pelini in 2012. That was Urban Meyer's first year with the Buckeyes. Meyer is 57-5 in five seasons, including 32-2 at home, and has won a national title and brings in top recruiting classes each year. Meyer's body of work in the Big Ten reminds Riley of the job Pete Carroll did in the Pac-12 with Southern California from 2001-09. Riley was at Oregon State for all but two years of Carroll's run.

"SC started to take off and set the standard, and I think that's what Ohio State has done probably," Riley said. "But I think there are teams rising, too. That's kind of exciting. You either rise up and get better yourself or you get left way in the dust."

The last three weeks, the gap between Ohio State and the rest of the league has been as narrow as it's been during Meyer's time at the school. The Buckeyes beat Wisconsin in overtime at home, lost at Penn State to have their 20-game road win streak end, and defeated Northwestern 24-20 at home last Saturday.

"It makes you feel a little better, that they are beatable and teams have been able to do stuff on them," receiver Jordan Westerkamp said. "We'll watch those games, obviously, real close and come up with an awesome game plan and be ready to go."

Defensive lineman Carlos Davis said he watched the Buckeyes dominate when he was in high school, and he's been pumped to play them since he first saw the schedule. He's more excited now.

"It makes us more passionate to go get these guys after the tough loss," Davis said. "You've got another big opponent, and after losing, it fires you up a bit."

NOTES: Riley had mixed news on the injury front. Offensive lineman Tanner Farmer severely sprained his ankle against Wisconsin and is out. Linebacker Dedrick Young hurt his elbow, and Riley was uncertain of his status. Tight end Cethan Carter, out since Oct. 1 with an elbow injury, is unlikely to play. Westerkamp has a sore ankle but will play.