Buy or Sell: Wisconsin is second-best team in the Big Ten? 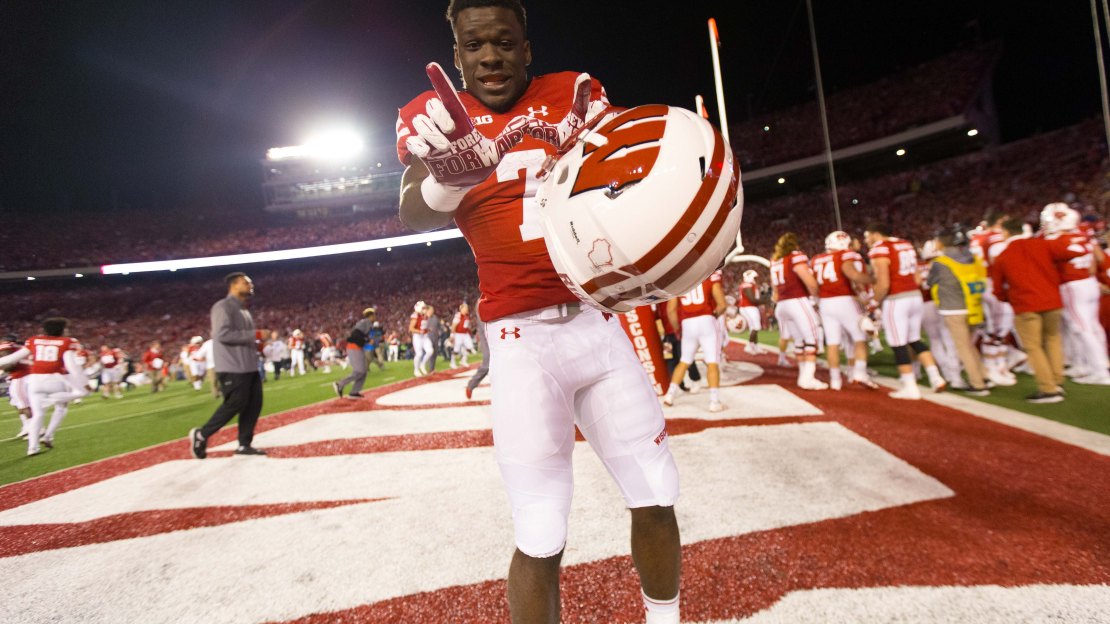 Here is what I?m buying and selling as the season enters the home stretch.

Wisconsin is the second-best team in the Big Ten?
Buy. I know, I know, Ohio State beat the Badgers in Madison, 30-23, in overtime just a few weeks ago. Still, I think Wisconsin?s overall body of work has been more impressive than the Buckeyes, and the aforementioned game was part of the Badgers' grueling stretch to open the season. Also, I think the Badgers are playing better than Ohio State as we head into November. Wisconsin has three wins over AP Top 10 teams, taking down No. 5 LSU, No. 8 Michigan State and No. 7 Nebraska. UW?s only other loss was 14-7 at No. 4 Michigan. Wisconsin can add to its already impressive resume when it plays at Northwestern this Saturday. Making the Badgers? accomplishments all the more impressive is the fact they have had to shuffle the offensive line often, played two quarterbacks, lost a good kicker to injury and had big injuries to the linebacking corps. Just a great job by Paul Chryst.

Michigan will cruise to Columbus, Ohio, for the regular-season finale with an 11-0 record?
Buy. This team is rolling in every phase of the game. Maryland comes to Ann Arbor this week. That?s followed by a trip to Iowa and visit from Indiana before the Wolverines play at Ohio State. Michigan figures to be favored in each game leading to the finale.

J.T. Barrett?s Heisman hopes?
Sell. Barrett has played well. But, he just hasn?t been at a Heisman pace for a few weeks. In Saturday?s workmanlike 24-20 win vs. Northwestern, Barrett hit 21-of-32 passes for 223 yards with no TDs and ran 13 times for 71 yards for no scores. On the season, Barrett is hitting 63 percent of his passes for 1,675 yards with 17 TDs and four interceptions, to go along with 531 yards rushing. All are very good numbers, but nothing spectacular. The lack of a big-time supporting cast hampers Barrett. He still could get to New York as a Heisman finalist if he can lead the Buckeyes to the Big Ten title. But his resume lacks much Heisman punch when compared to players like Louisville?s Lamar Jackson, Washington?s Jake Browning and Clemson?s Deshaun Watson, among others.

Penn State?s Saquon Barkley has a shot to get in the Heisman race?
Buy. He is starting to come on. After rushing for a career-high 207 yards at Purdue last week, Barkley now leads the Big Ten with 888 yards rushing and 10 TDs on the ground. And the sophomore has a shot to finish with a flurry vs. a favorable schedule. Barkley is the first Penn State player to have multiple 200-yard rushing games in a season since Larry Johnson in 2002, when LJ enjoyed a furious finish to earn an invite to the Heisman ceremony with 2,087 yards rushing. Barkley?s 289 yards from scrimmage last week were the most by a Penn State player since Johnson had 289 yards against Michigan State in 2002. Barkley is now 36 yards shy of 2,000 rushing yards for his career. This is a special player, perhaps the top RB in the nation who could get a ticket to the Heisman ceremony.

Indiana?s bowl hopes?
Buy. The Hoosiers? win on Saturday vs. Maryland was huge to the program?s bowl hopes. Indiana is 4-4 as the season hits the homestretch. It needs to go 2-2 in November to guarantee a bowl spot for a second season in a row, something the Hoosiers have not done since 1990-91. Indiana plays at Rutgers; vs. Penn State; at Michigan; vs. Purdue. You have to like the Hoosiers? chances to win two of those.

Penn State?s Big Ten East title hopes?
Sell. Yes, the Nittany Lions are playing well, winners of four in a row since getting thumped 49-10 at Michigan. Penn State should win out vs. a schedule that includes games vs. Iowa, at Indiana, at Rutgers and vs. Michigan State. But in addition to winning those games, the Nittany Lions will need Michigan to lose twice. And, the odds of that happening are very slim. Still, a 10-2 mark for James Franklin would be a nice accomplishment in his third season in State College. This program has a bright future.

Northwestern?s Clayton Thorson is the top QB in the Big Ten West?
Buy. I never thought this would have happened back in August. Back then, I believed Iowa?s C.J. Beathard or Nebraska?s Tommy Armstrong would lead the quarterback pack in the West Division. But Thorson has really developed this season. He is No. 3 in the Big Ten in passing, averaging 242.8 ypg. He is completing 57 percent of his passes for 1,942 yards with 15 TDs and six interceptions. Thorson is a big reason why NU has turned it around since starting 0-2.

Michigan State will get a Big Ten win before Rutgers?
Buy. Both schools are 2-6 overall and 0-5 in the Big Ten, the only programs yet to tally a conference triumph. But I like the Spartans? chances to end their misery this Saturday when they play at Illinois. The Scarlet Knights play host to Indiana this week. Should both MSU and RU lose this week, they can take solace in knowing one of them will notch a Big Ten victory the next week since they play each other, as Rutgers plays at Michigan State.