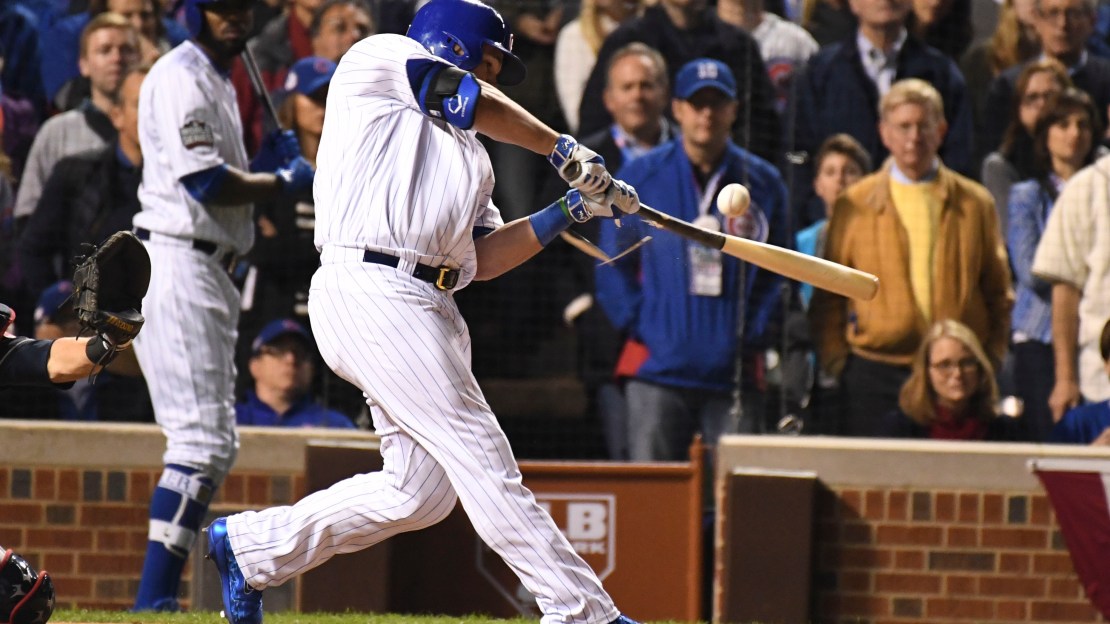 Picture proof of the encounter emerged last year as Schwarber, then an MLB rookie, was helping lead the Chicago Cubs to the NLCS. The picture shows Miller, Wayne High's quarterback, eluding a diving Schwarber, a linebacker for Middletown High.

Thursday, with Schwarber making headlines for his return from a season-ending knee injury to play in the World Series, Miller made the image topical again, posting it to Facebook. He then took it one step further, turning the picture into a T-shirt.

The T-shirt displays the photo, with the text "I Made Kyle Choose Baseball" under it.