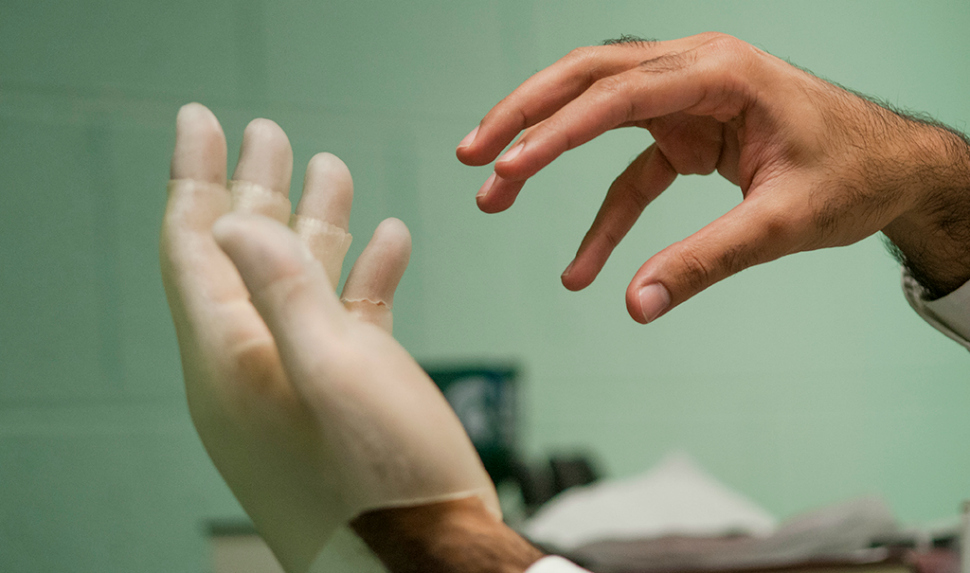 If life were a spy movie, Michigan State professor Anil Jain would be the guy who runs the lab that outfits the lead character with all manner of gadgets and gear.

But life is not a spy movie*, so instead Jain and his team are the people who help make fingerprint-based technology more secure.

It may surprise you to learn that up until now, there was no way to agreed-upon way to calibrate fingerprint scanner machines. Jain and his team have solved that problem but in doing so also created a way to fool the machines.

?Like any optical device, fingerprint and hand scanners need to be calibrated, but currently there is no standard method for calibrating them,? said Jain. ?This is the first time a whole hand 3-D target has been created to calibrate fingerprint scanners. As a byproduct of this research we realized a fake 3-D hand, essentially a spoof, with someone?s fingerprints, could potentially allow a crook to steal the person?s identity to break into a vault, contaminate a crime scene or enter the country illegally.

Much like the characters in the movie Sneakers, Jain's work revealed the security flaws in the system which they will now find ways to solve.

Is the spoofing of fingerprints new? No, according to that one episode of Mythbusters, but using a 3-D printer to cheaply and quickly print a way to do it, is. And the ease of access to this method (Defense One says you could do it for about $450) proves the need for Jain's work to evolve systems that are truly spoof-proof.

This is not Jain's first foray into the world of fingerprint technology. He was assigned six related patents and his previous research revealed that fingerprints stay the same over time – and is the case even in subjects as young as six months. He's also worked on facial recognition software and a system intended to identify tattoos.

To get caught up on twenty-five years of biometric recognition in about eleven minutes, watch this interview with Jain below.

* Or maybe that's just what they want you to believe…