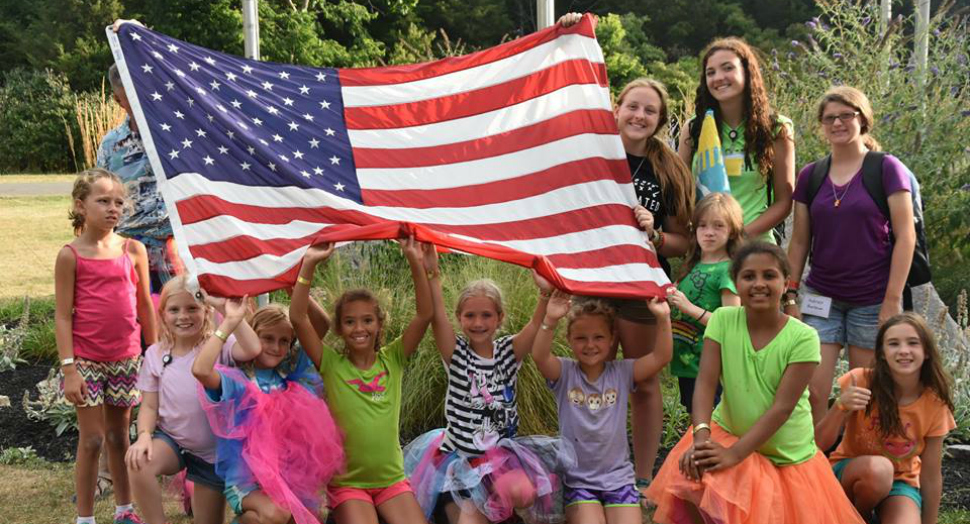 As the United States responded to the September 11th attacks and increased our military presence in the Middle East, greater demands were placed on our armed forces and, in many cases, reservists were called to active duty. As a result, those families affected became ?suddenly military? and faced significant challenges.

Ohio Military Kids was created in 2005 to address those needs and provide support for children and their families when a parent is away.

?War efforts became ongoing and service members who were called upon were not used to it,? recalls Theresa Ferrari, an associate professor at Ohio State University and project director for Ohio Military Kids. ?Their families were put into a bit of a tailspin, sometimes without much time for preparation.?

Many reservists in the early 2000s held civilian jobs and were able to meet their military service requirements during one weekend a month or a couple weeks in the summer. If they were called upon, it may have been to assist with disaster relief, for example.

?Suddenly things changed and some people found themselves gone for up to a year?s time, possibly even located in a war zone,? states Ferrari. ?It was pretty traumatic for a lot of people.?

That?s where Ohio Military Kids assists families, bringing together children impacted by sudden changes at home. Ferrari, also a 4-H Youth Development Specialist, saw its camp programs enjoy a great deal of success in Ohio and was eager to make them a fundamental element of Ohio Military Kids.

?Camping is a way to engage kids in a positive way and we decided to head in that direction for this audience,? says Ferrari.

By gathering children who share a common experience - having a parent in the military - Ohio Military Kids helps them realize they were not alone and can turn to others for support.

?Children can feel isolated by the experience and bringing them together has the opposite effect,? Ferrari explains. ?They realize they aren?t the only one and there are others who are going through the same things. They enjoy comfort and support as a result. That has pretty much been the formula for what we do.?

While Ohio Military Kids hosts a variety of camps and events across the state, its annual summer camp on Kelleys Island has become its signature effort. This past summer marked its 12th year of the camp with more than 250 campers in attendance. The emphasis is on togetherness and minimizing the stress of everyday life, whether that?s through playing board games or sitting around the camp fire.

?We see a lot of military families [who] are very resilient and the kids are no different,? says Ferrari. ?While they learn to roll with the punches, there are still situations that are very challenging and they need additional support. We try to provide that in an unobtrusive way.?

Andrea Moore-Sheridan, whose husband Michael is a Lieutenant Colonel for the Marine Corps Reserves, is a big believer in Ohio Military Kids. Their children, Connor (16) and Caroline (13), have participated in several events over the last six years.

?It is very easy to feel out of place and unusual,? Moore-Sheridan explains. ?As adults, it is an easier adjustment, because we have a better defined sense of self. For the children and teens, it is a bigger challenge, almost an isolating feeling. Ohio Military Kids has shown my children they are not alone.?

Moore-Sheridan credits the program for teaching her kids ?how to make the best of every situation? and what it means to be a leader. Connor is now serving as a camp counselor, something he decided he wanted to do after experiencing his first camp on Kelleys Island.

?It is not easy being a military family in a civilian community,? states Moore-Sheridan. ?Ohio Military Kids gets that better than anyone. They work exhaustedly until the job is done. For my family, I believe in my heart Ohio Military Kids has played a key role in keeping our family strong, and helping my children show GRIT: growth, resiliency, initiative and tenacity. They appreciate this and in turn are doing what they can for the next generation of military kids.?

Ohio Military Kids depends on funding from donors, something that Ferrari says is always a challenge. However, thanks to one main supporter, the USO of Central and Southern Ohio, she is optimistic the program will continue with their efforts for the foreseeable future.

?The program has worked with thousands of kids over the years and for many of them it wasn?t just a one-time engagement,? notes Ferrari. ?Certainly that?s where we see the biggest impact. It?s about resilience but it?s also about connections. We hope to continue helping military families find comfort and strength for many years to come.?