Surveying the field: Who is the Big Ten's best RB right now? 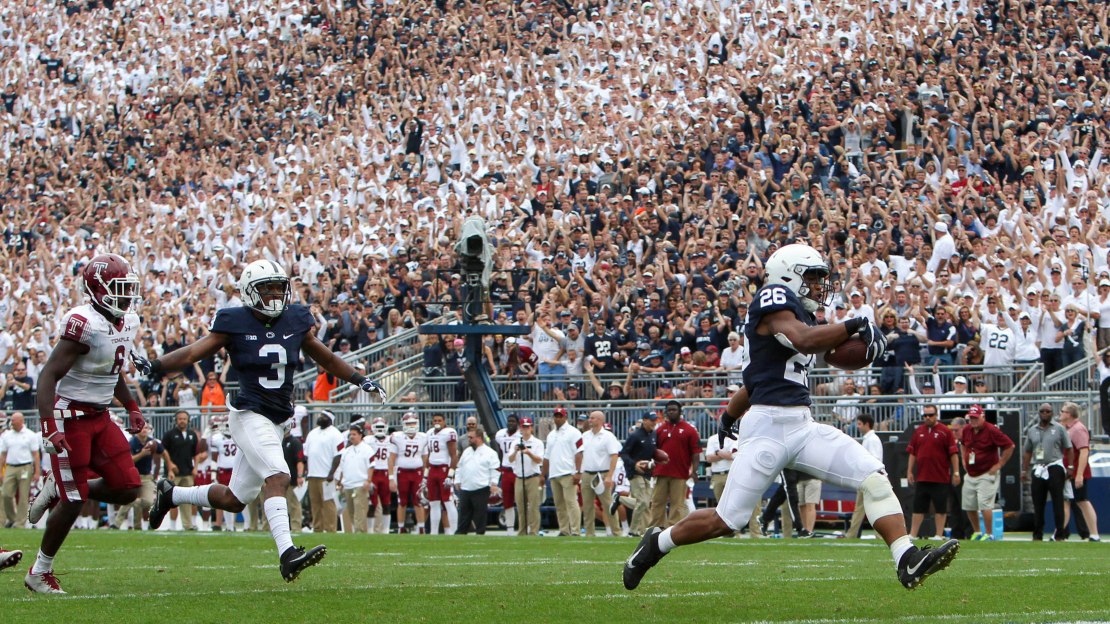 But who is the best RB in the Big Ten? I asked some media members who cover the league.

Steve Greenberg, Chicago Sun-Times and Bleacherreport.com: Saquon Barkley is the guy I'd pay to watch play. Big-time talent and clearly the bright spot for Penn State. I didn't just commit myself to pay to watch that team play, did I?

Tom Shatel, Omaha World-Herald: Wow. It kind of says it all that I can't pick one. Where have all the Big Ten running backs gone? I guess the easy answer is Mike Weber, who leads the league. But how about if I go outside the box and say Tommy Armstrong is the most important runner in the league? His QB run game dimension has given NU a dynamic it lacked last year and has made him a better passer. He has 293 yards, so he's not in the top 10. But he's been impressive.

Louie Vaccher, WildcatReport.com: Saquon Barkley. He's the complete package. He's big, he has elite speed, he can run over you and he can make you miss. I shudder to think what Penn State's offense would look like without No. 26 in the backfield.

Nick Baumgardner, Mlive.com: Saquon Barkley. He leads the league in rushing (yards) despite running behind an up-and-down offensive line.