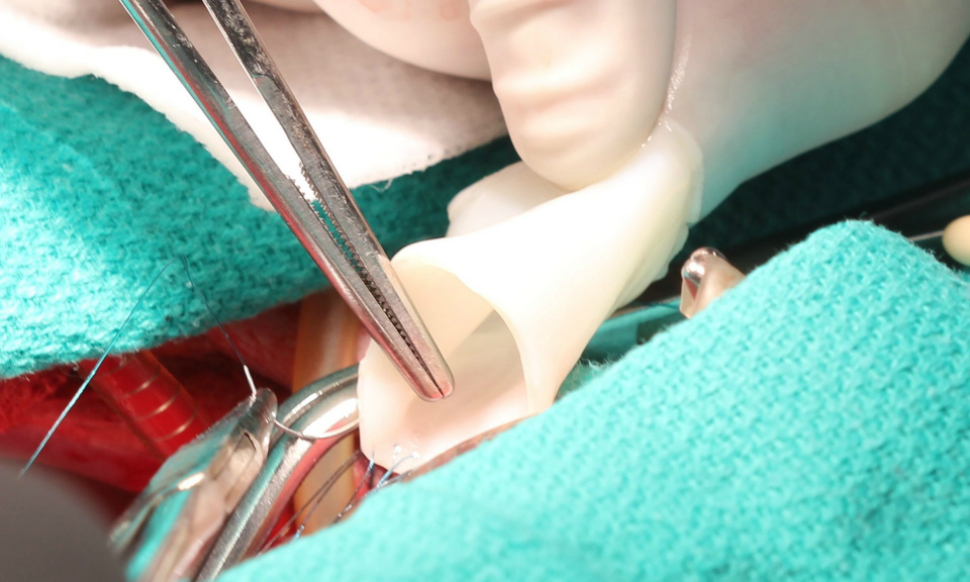 The science of innovation often involves baby steps. Or theoretical knowledge on the way to practical solutions.

And then there?s the work of Robert Tranquillo and his team at the University of Minnesota who appear to have made a big step forward in the world of cardiac research with clear, real-world implications for kids who suffer from congenital heart defects.

Currently, youth with heart defects must undergo a series of operations to repair them; the tubes used in the operation do not grow along with the recipient. Moreover, each replacement vessel is grown from the cells of the recipient which is specific, but costly and slow.

In its current study, Tranquillo?s team looked at whether artificial vessels implanted into baby lambs could solve for these problems.

Here?s how they did it, according to Science Daily:

To develop the material for this study, researchers combined sheep skin cells in a gelatin-like material, called fibrin, in the form of a tube and then rhythmically pumped in nutrients necessary for cell growth using a bioreactor for up to five weeks. The pumping bioreactor provided both nutrients and "exercise" to strengthen and stiffen the tube. The bioreactor, developed with Zeeshan Syedain, a senior research associate in Tranquillo's lab, was a key component of developing the bioartificial vessel to be stronger than a native artery so it wouldn't burst in the patient.

A quick look at the bioreactor in action:

As we said, these breakthroughs take time and, in a conversation over email, Tranquillo confirmed this.

"It has been a 25 year research/discovery journey that included switching from collagen to fibrin as the sacrificial biopolymeric scaffold, identifying key chemical stimulatory factors and stretching regimens to grow the tissue before we decellularize it, and learning that younger cells (post-natal skin cells called fibroblasts) are much more effective for growing a tissue," he said.

(For more on how gelatin is used as a bioscaffold, read about what Northwestern?s efforts to restore fertility with 3D printing.)

Replacing the pulmonary arteries in lambs, the team saw encouraging results. Back to Science Daily:

At 50 weeks of age, the sheep's blood vessel graft had increased 56 percent in diameter and the amount of blood that could be pumped through the vessel increased 216 percent. The collagen protein also had increased 465 percent, proving that the vessel had not merely stretched but had actually grown. No adverse effects such as clotting, vessel narrowing, or calcification were observed.

"We saw growth and none of the bad things happened," Tranquillo said. "The results are very encouraging."

In a follow-up conversation, Tranquillo discussed those who paved the way for this discovery. "Decellularization of engineered tissues was first championed by Dr. Laura Niklason (at Yale)," he said. We use Triton-X then SDS then DNAse, adapted from the method of Dr. Doris Taylor, which appears to yield a highly bioactive matrix that is conducive to recellularization without calcification.

Regular readers of LiveBIG know the next steps are usually human trials and that?s the case here as well. Tranquillo and his team will also need to perform additional lab tests before this happens and are in discussions with cardiologist colleagues and the Food and Drug Administration before moving forward.

The Guardian also mentions related work in this field at Bath University and the British Heart Foundation.