Northwestern chemist wins Nobel! Here’s how to explain it to your friend who almost flunked chemistry: BTN LiveBIG 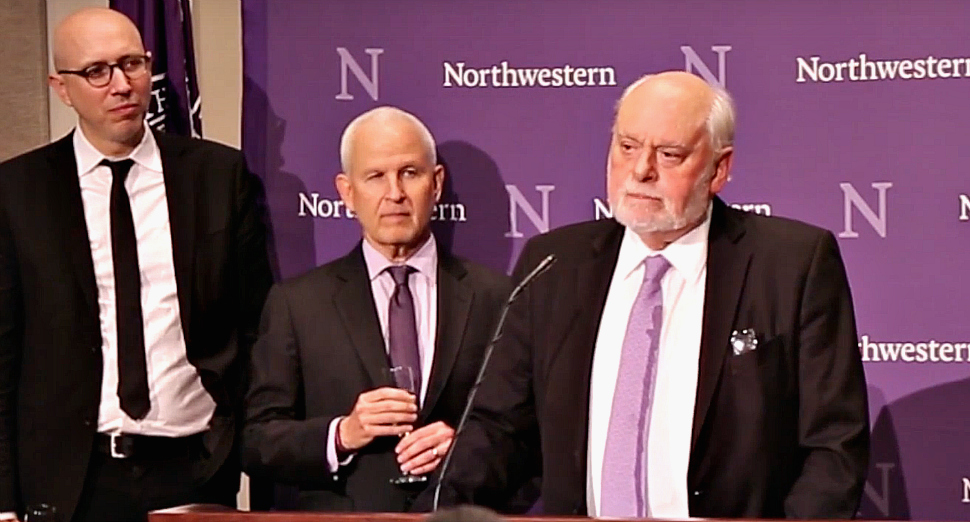 Northwestern chemist Sir Fraser Stoddart woke from a sound sleep at 4 AM local time to learn he was the co-recipient of a Nobel Prize in chemistry.

It was an achievement more than thirty years in the making.

Put simply, Sir Stoddart – along with Jean-Pierre Sauvage of France and Bernard L. Feringa of the Netherlands – received the Nobel ?for the design and synthesis of molecular machines.? But it?s work that?s complex, evolved over a generation.

As the Nobel site explains, Sauvage completed the first step in 1983 ?when he succeeded in linking two ring-shaped molecules together to form a chain, called a catenane.? Sir Stoddart took the next step, creating a rotaxane by threading "a molecular ring onto a thin molecular axle and demonstrated that the ring was able to move along the axle.? Feringa advanced this technology by building the first molecular motor and car – of the chemical variety.

If you?re more of a visual learner, the Nobel committee tweeted out these helpful diagrams to illustrate the above.

2016 Chemistry Laureate Fraser Stoddart created a molecular shuttle that could move along an axle in a controlled manner. #NobelPrize pic.twitter.com/iyElKySsQ8

All of which sounds and looks impressive, but if you just squeaked by with a D- in chemistry your senior year of high school (ahem) you might be wondering what the practical applications are for this innovation.

For starters? Fighting cancer. Here?s Sir Stoddart and a local Chicago TV report from 2009 breaking it down in a minute:

As with most scientific innovation at the Nobel level, it is a monumental achievement, the effects of which have only begun to be realized.

Sir Stoddart is the sixth Northwestern faculty member to be awarded a Nobel and his is the second such commendation the school has earned in the field of chemistry.