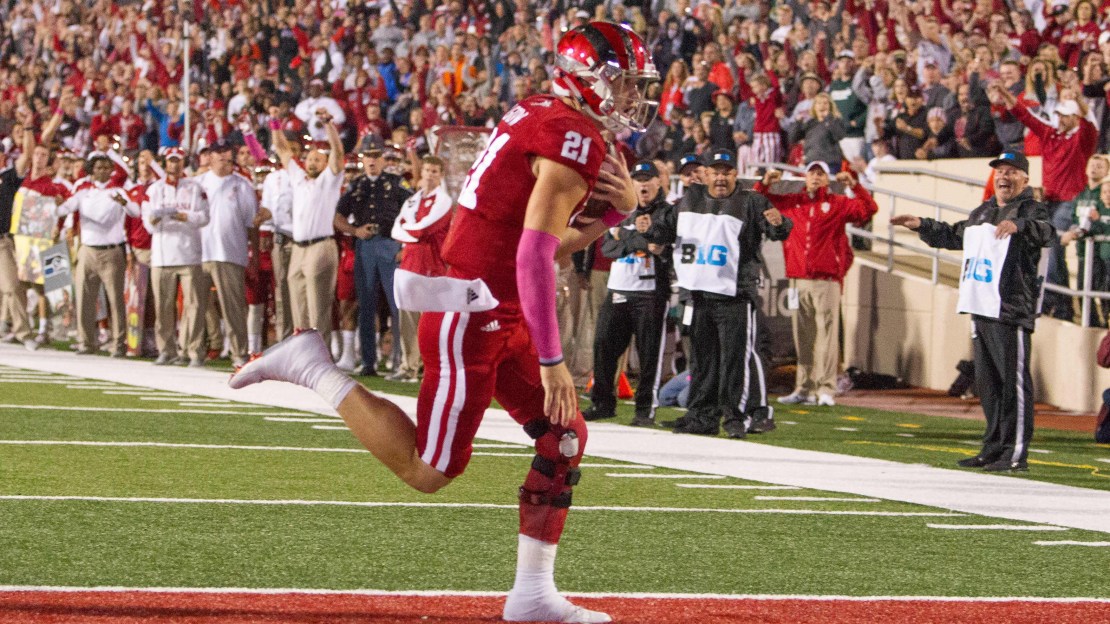 Indiana football has been open to alternate uniform and helmet designs throughout much of Kevin Wilson's tenure in Bloomington.

That being the case, there has been some intrigue – at least among uniform fans – about whether the Hoosiers would ever experiment with a "Candy Stripe" alternate. Hey, it works for the basketball team, so why not give it a try?

Well, it's happening, the team and adidas announced Wednesday morning. The Hoosiers will debut a retro alternate that features candy-striped shoulders on Oct. 15 vs. Nebraska, as part of Homecoming Weekend.

Adidas gets its share of negative publicity, but this is a nice design. It could have tried to replicate the basketball team's iconic warmup pants, however this is a much safer and less distracting concept. The oversized Script Indiana on the leg is a nice touch, too.

The Hoosiers also will wear crimson socks and white cleats to, according to IUHoosiers.com, create a head-to-toe candy stripe theme.

See the uniform below, plus read more about it in the second tweet.

Debuting our @adidasfballus
"Candy Stripe" uniforms, to be worn Homecoming Weekend vs. Nebraska on Oct. 15.