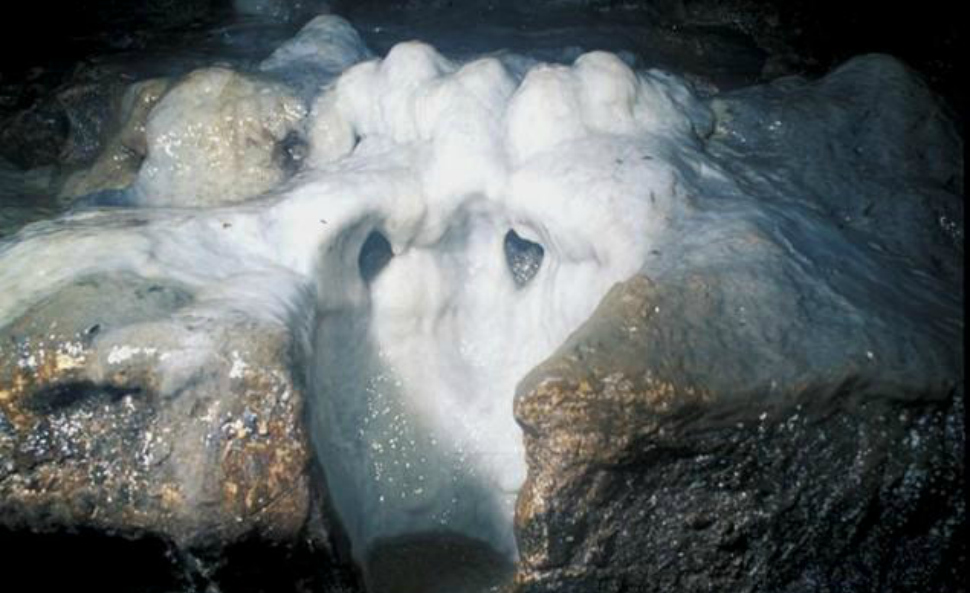 Stalagmites form slowly, drop by drop, sometimes over the course of hundreds of thousands of years. In that time they bear witness to a great many events. The mineral layers contained within can tell a story of the past, much like the rings of an old oak or a slice of glacial ice.

Researchers from the University of Illinois and Northwestern University, among other institutions, are hoping that stalagmites found in a south-central Indiana cave will do just that, shining a light on the history of the Wabash Valley Seismic Zone.

?We slice the stalagmites in half the long way,? says Samuel Panno of the Illinois State Geological Survey. ?We select the layers we want to date using uranium-series dating techniques and determine the ages of the layers selected. In that way, we can determine when the shifts in the stalagmite growth axes occurred and, based on the age of flood deposits within the cave, whether it is related to earthquakes or flooding or some other phenomenon.?

A pair of twin stalagmites, in particular, interested the research group, with the older of the two beginning life roughly 300,000 years BP and the younger at 170,000 years BP. Panno and five other researchers – including Zhang Zhaofeng of Northwestern's Department of Earth and Planetary Sciences – made these formations the focus of a paper they recently published in Bulletin of the Seismological Society of America.

The cavern in which these stalagmites make their home - Donnehue?s Cave – was carefully selected, says Panno, as it lies near the apex of the maximum southern extent of the two most recent glacial epochs in the Midwestern U.S. That means it has borne the brunt of turbulent glaciation and flooding brought about by climate change.

The study of these stalagmites is not only historical in nature. Through research like this, seismologists gain a better understanding of the nature of a particular fault system. And, while Panno notes that predicting future earthquakes in a timely sense isn?t practical, understanding the life-cycle of fault systems and the likelihood of an earthquake occurring can still do tremendous good.

?Cities can prepare for earthquakes by upgrading building codes and structural supports on bridges and other infrastructure to minimize inevitable damage. Citizens can be made aware of the likelihood of impending earthquakes and learn techniques for protecting themselves during and following such events.?

Panno plans to continue his study of stalagmites and fallen stalactites in the caves of Southern Indiana and Illinois. With help from the US Geological Survey, it is his hope to collect ample evidence of the seismic past of the region, evidence that may help us prepare for the next ?Big One.?