Week 6 primer: The Floyd of Rosedale is on the line Saturday 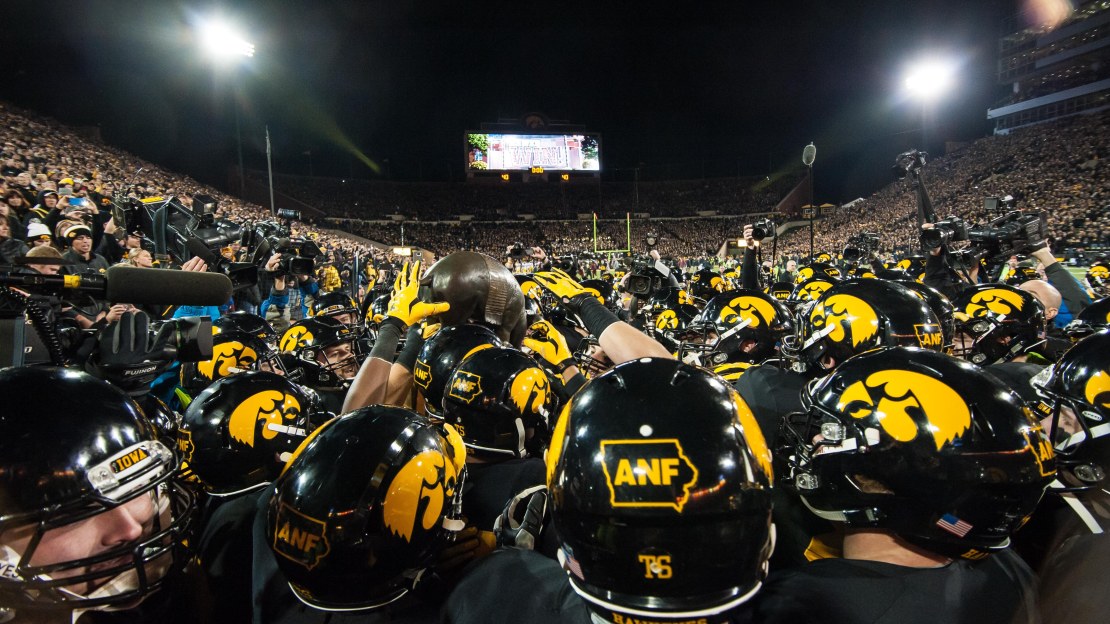 Week 6 is highlighted by the battle for iconic Floyd of Rosedale between Iowa and Minnesota. There also is an interesting non-league game, with BYU playing at Michigan State. And Ohio State, Michigan and Maryland look to continue to roll.

Here is a look at the Best of Week 6.

Best game: Iowa at Minnesota. If the Gophers want to contend in what looks like an open Big Ten West, they probably will need to beat visiting Iowa in the battle for Floyd of Rosedale. The Hawkeyes have won three of the last four meetings, but the Gophers won the last time Iowa came to Dinkytown in 2014. Iowa has already lost as many games as it did last year, as it is struggling to stop the run-among other issues.

Player of the spot: Michigan State QB Tyler O?Connor. O'Connor needs to rally his team, which has lost two in a row. The Spartans are just No. 12 in the Big Ten in scoring (22.8 ppg), with O?Connor hitting 60 percent of his passes for 918 yards, eight TDs and five interceptions. He would be helped by more production from the ground game. Does this team have a No. 1 back?

Best matchup: Indiana offense vs. Ohio State defense. The Hoosiers are No. 2 in the league in total offense (496.8 ypg); the Buckeyes are No. 1 in total defense (238.0 ypg). It will be really fun to watch IU?s nice collection of pass-catchers (Indiana is No. 1 in pass offense, 320.8 ypg) battle an Ohio State secondary that may not have a peer in the nation (OSU is No. 2 in pass defense, 140.3 ypg).

Best QB matchup: Indiana?s Richard Lagow vs. Ohio State?s J.T. Barrett. Lagow has impressed since arriving from a JC, pacing the Big Ten in passing (319.5 ypg) en route to hitting 62 percent of his passes for 1,278 with nine TDs and six interceptions, five coming in the loss to Wake Forest. Barrett is a top Heisman contender, ranking No. 1 in the league in pass efficiency, and he just became Ohio State's all-time leader in pass TDs. He is completing 68 percent of his passes for 888 yards with a league-high 14 TD passes and only two picks.

Best coaching matchup: Kevin Wilson vs. Urban Meyer. Wilson has Indiana on the rise, taking the Hoosiers to their first bowl since 2007 last year. Now, he?s trying to guide IU to consecutive bowls for the first time since 1990-91. He will face Urban Meyer, a living legend with three national titles to his credit. These two coaches do a terrific job in vastly different circumstances.

Best coordinator matchup: Minnesota OC Jay Johnson vs. Iowa DC Phil Parker. The Golden Gopher offense is No. 5 in the Big Ten in scoring (36.3 ypg), as the run game ranks No. 4 in the league (228.3 ypg). Parker is a veteran mind whose defense has struggled to stop the run in ranking No. 11 in the Big Ten (182.8 ypg). Can the Hawkeyes slow down the 1-2 punch of Minnesota backs Rodney Smith and Shannon Brooks?

Best chance for an upset: BYU at Michigan State. The Spartans are a team still searching for an identity as it has lost two in a row for the first time since 2012 and is looking to avoid its first three-game skid since 2009. BYU won?t be intimidated, as it already has played the likes of Utah, Arizona, UCLA and West Virginia. And the Cougars have a savvy, veteran quarterback in Taysom Hill and have the best running back you?ve never heard of in Jamal Williams.