Survey: Who is the best QB in the Big Ten? 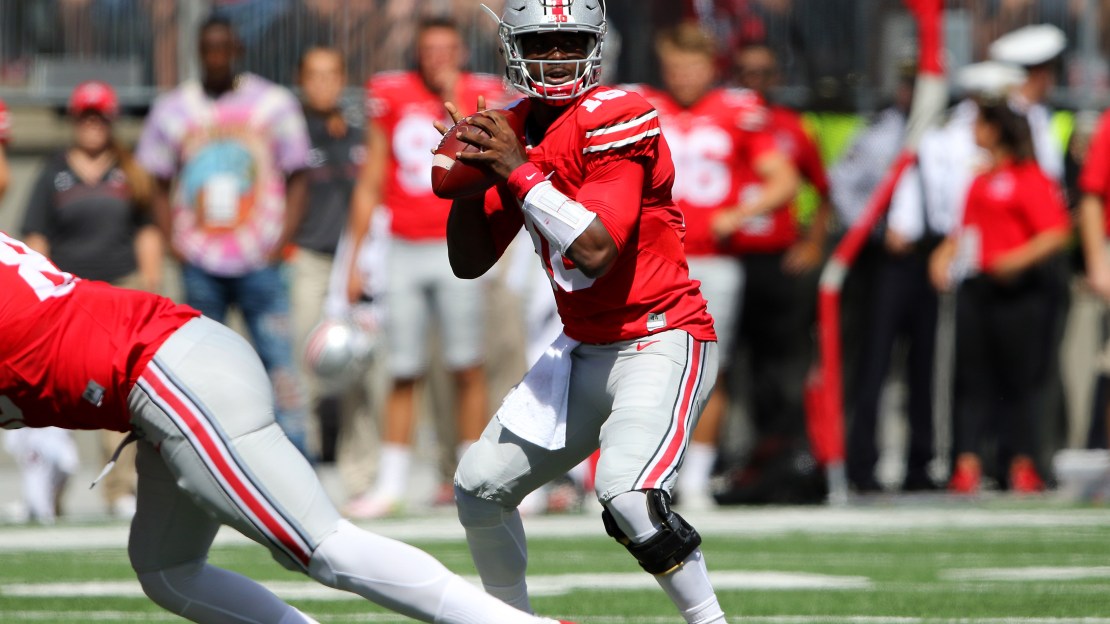 There is no shortage of quality quarterbacks in the Big Ten, what with the likes of Ohio State?s J.T. Barrett, Iowa?s C.J. Beathard, Michigan?s Wilton Speight and Nebraska?s Tommy Armstrong, among others. But who has been the most impressive so far?

I asked some media members who cover the conference.

Nick Baumgardner, Mlive.com: J.T. Barrett: He was the best offensive player in the league when the year started and nothing's changed through three games.

Kevin Noon, BuckeyeGrove.com: At risk of sounding like a homer, it has to be J.T. Barrett. Barrett has thrown for a league-high 10 TDs, is completing passes at a 67.1-percent clip and has three TDs on the ground for good measure. Even if you dismiss the fact that he leads the league with a 184.4 QB rating, I cannot think of another quarterback that I would want out there leading a team in a pressure situation.

Steve Greenberg, Chicago Sun-Times and Bleacherreport.com: It sure looks like Jim Harbaugh went with the right guy in Wilton Speight - big-time arm - though I have a hard time loving any college quarterback who isn't a threat to run. Which leads me to J.T. Barrett, easily the best guy in the Big Ten and a player who is, to me, on the Deshaun Watson-Lamar Jackson plane. Why did Urban Meyer ever go away from Barrett? In hindsight, it's baffling.

Steve Sipple, Lincoln Journal Star: J.T. Barrett. I'm partial to him in part because of his poise. Tough competitor. Plus, I'm not going to overthink it. He has the stats. And he has the big-game road win. I like C.J. Beathard's skill level and decision-making a lot, but that Saturday loss puts him well behind Barrett. At that position, it's all about Ws.