Sojourn Shelton Q&A: 'This defense is pretty much the same as it was last year' 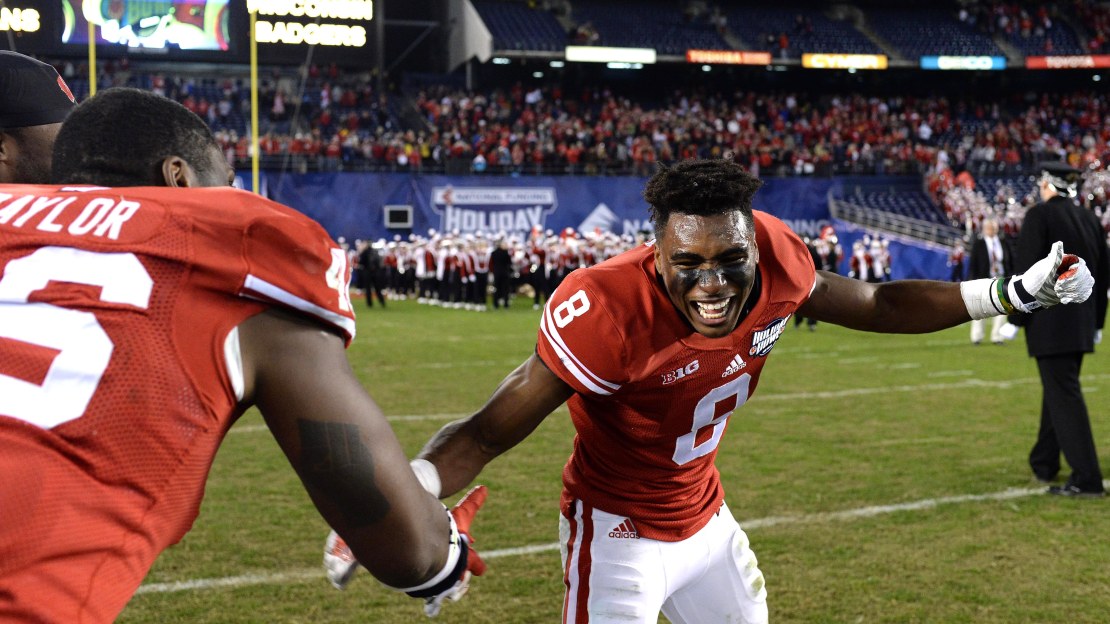 When the 2016 season dawned, Wisconsin?s secondary was a concern. There was just one starter back: cornerback Sojourn Shelton. And so far, he has led the way for a defensive backfield that is quickly becoming a strength in Madison.

The unit hasn?t skipped a beat with new coordinator Justin Wilcox, who took over when Dave Aranda left for LSU. And Shelton has been a key with seven tackles, a TFL and four pass break-ups in 2016 for 3-0 Wisconsin, which has a huge game this Saturday at Michigan State.

I caught up with the Fort Lauderdale, Florida, native, who has started 18 games in a row, as he prepped for the Spartans, who are coming off a big win at Notre Dame, at noon ET Saturday on BTN.

Watch No. 11 Wisconsin at No. 8 Michigan State on BTN2Go.

Q: What do you think of true freshman wideout Donnie Corley?
A: He made some really nice catches last week vs. Notre Dame. The touchdown he made was a really great catch. He is coming along and is another guy who will threaten us down the field. He can push you vertically and can run all the routes. We know as a secondary we will come with it and be sharp with our communication.

Q: Are you pleased with how the secondary has developed with players like Michael Caputo, Tanner McEvoy and Darius Hillary gone?
A: I am happy so far. But I know we can be so much better. We faced a good receiving corps against LSU with Travin Dural and Malachi Dupre, who are tremendous players. We faced spread teams the last two weeks that spread the ball around a lot. The way we played the first three games, I am kinda happy with where we are at, but I am not satisfied. I know how good we can be. We just have to continue to put in the work and let our game do the talking on Saturdays. We have the right coach to help us (Jim Leonhard), as far as knowing the ins and outs of the position. He has a good IQ.

Q: How is the defense different from last year?
A: To be honest with you, there really isn?t a big difference. It?s like making a pizza. Making it is the same, but it?s the toppings that differ. This defense is pretty much the same as it was last year. The only difference is (Wilcox) is bringing his style of pressures and looks he wants to bring.

Q: Who is the biggest hitter in the secondary?
A: D?Cota Dixon. You have to be on the lookout for him. He is a great tackler and a great hitter. He will come up and lay the wood.

Q: Who is the best cover man?
A: I would say myself, and I?m not trying to be boastful. I really pride myself on being able to cover. We can cover. Derrick (Tindal) has been doing a good job. Natrell Jamerson has before he got hurt. (Lubern) Figaro took over for him last week and did well.

Q: Who is the most difficult person you have had to cover?
A: I would say Allen Robinson of Penn State was when I was a freshman. I was a young pup. He was the most difficult. (Ohio State?s) Devin Smith gave us a lot of problems in the (2014) Big Ten title game. He is a heck of a vertical threat. And he ran hard routes. It is hard to cover a guy who can push you down the field and also run come-back routes, dig routes. He presented a lot of problems.

Q: What?s the best part of playing at Wisconsin?
A: The tradition. Knowing you are part of a prestigious program. To play at a place where J.J. Watt and James White played, those type of guys, made an impact on me. They set the foundation. We all try to emulate them and uphold that tradition.