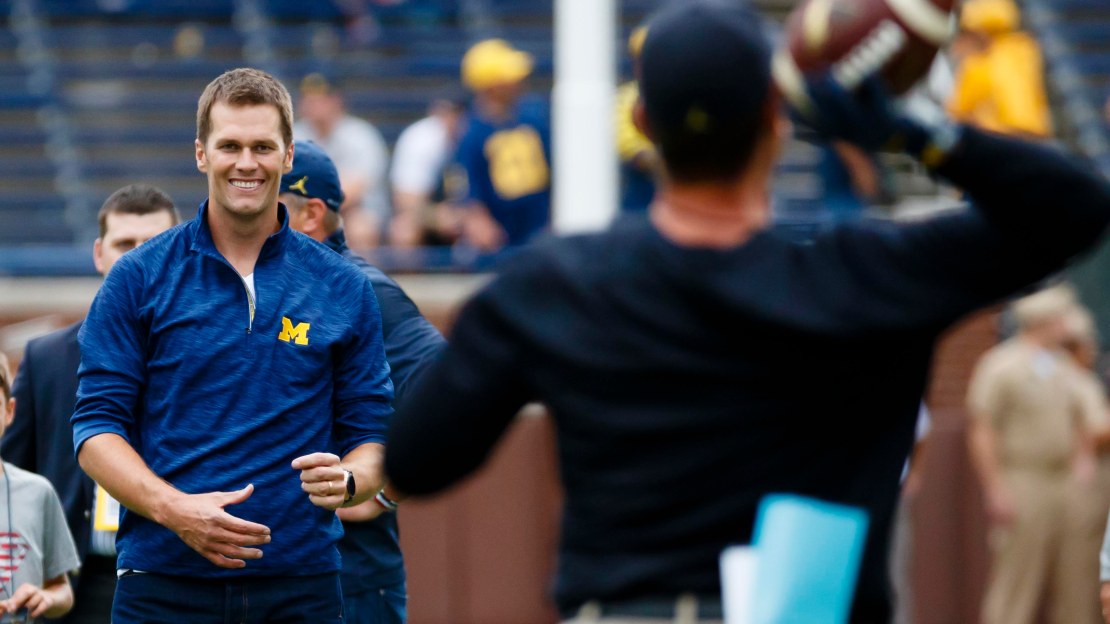 There was cool sight on the field at Michigan Stadium prior to Saturday's game vs. Colorado.

Michigan coach Jim Harbaugh, a former NFL quarterback, and ex-Michigan QB and current New England Patriots star Tom Brady played a little catch near midfield, captured in the video above during BTN's Field Pass, which takes fans inside one stadium every week an hour before kickoff.

The fact Harbaugh was playing catch before a game is no big deal. The coach does it every week, usually with a Michigan quarterback and while wearing gloves and cleats.

The fact he was playing catch with Brady, a future Hall of Famer, is newsworthy. It's not often two guys with NFL experience, and loads of success at the game's highest level, are just hanging out and tossing the pigskin around minutes before a game.

It was all made possible because Brady was serving as Michigan's honorary captain.