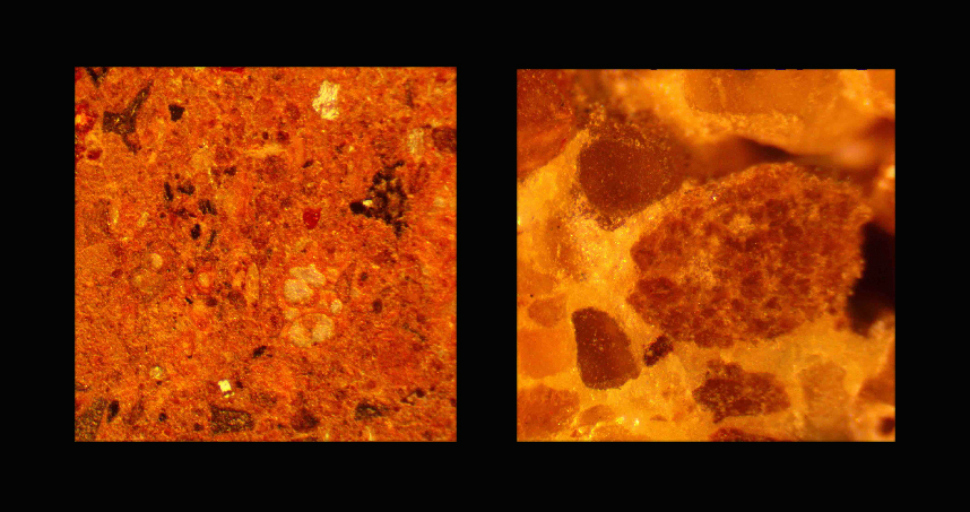 There are at least two groups planning manned missions to Mars-NASA, of course, but also a private nonprofit organization, Mars One. Dates for either of these trips have yet to be scheduled, but both anticipate a launch in next 10 to 20 years.

The real question is: how will they survive once they get there? After a seven-month commute, the red planet?s newest residents will have some basic survival needs to satisfy: food, water and shelter, all lacking on Mars.

Professor Gianluca Cusatis and his team at Northwestern University's McCormick School of Engineering are solving the shelter conundrum.

?Once humans land on Mars, they will need shelter, especially for protection from extreme temperature changes, radiation and meteorites. For this purpose, a concrete structure would be ideal,? said Cusatis. ?However, the main components of concrete as we use it on Earth are gravel, cement and water. Clearly, bringing cement and water from Earth to Mars would be prohibitive and that is the motivation for creating a new concrete that does not use these two components.?

Cusatis explained that on Earth, water and cement serve as the glue that holds the gravel together. But his group turned their thoughts to sulfur-an element widely available on Mars-to use instead of water and cement – with Martian soil substituted for gravel, thereby reducing the number of ingredients needed to two instead of three. He said this idea is not a new one; sulfur concrete applications already exist on Earth. But the potential benefits of utilizing materials naturally occurring on Mars motivated Cusatis to explore the concept of "Martian concrete.?

The science behind it is quite simple, said Cusatis. Sulfur melts at around 120-140 degrees Celsius. When in its liquid state, sulfur can be mixed with Martian soil so that the particles are well distributed-think of the consistency of a cake mix once all ingredients are mixed together. Cusatis explained that once mixed, the compound can be placed in molds and cooled until it returns to a solid state and then de-molded.

?The Martian concrete we optimized (50 percent sulphur and 50 percent replicated Martian soil) is twice as strong-which, if one considers that on Mars there is only one-third the gravity-it corresponds to a very high strength concrete on Earth, the type of concrete we build skyscrapers with.?

Cusatis said that the exceptionally high strength of the Martian concrete was the real breakthrough. ?We are not quite sure why [it is so much stronger], but we speculate that in regular sulfur concrete the gravel is inert, meaning it does not chemically react with the sulfur, but the Martian soil is not inert and chemical reactions occur during mixing.?

As for timing, Cusatis said that it would be ideal to have shelters built on Mars before humans even arrive, and that technology like that of a 3D printer could make that a reality, especially because the cooling, drying and setting process is relatively fast.

Grateful for the support he?s received from Northwestern to continue this research, Cusatis said that there are two main issues that need further study: First, to understand the chemistry causing the increased strength of Martian concrete. And second, to discover a way to make the product heat resistant.

That?s the trouble with using molten sulfur: if temperatures rise too high, the Martian concrete will become malleable again. ?This might not be an issue for the initial Mars settlements,? said Cusatis. ?But it might be for permanent settlements as nobody would like to live in a house that melts at 140 degrees Celsius.?