Big Ten Survey: Who is the team to beat in Big Ten West? 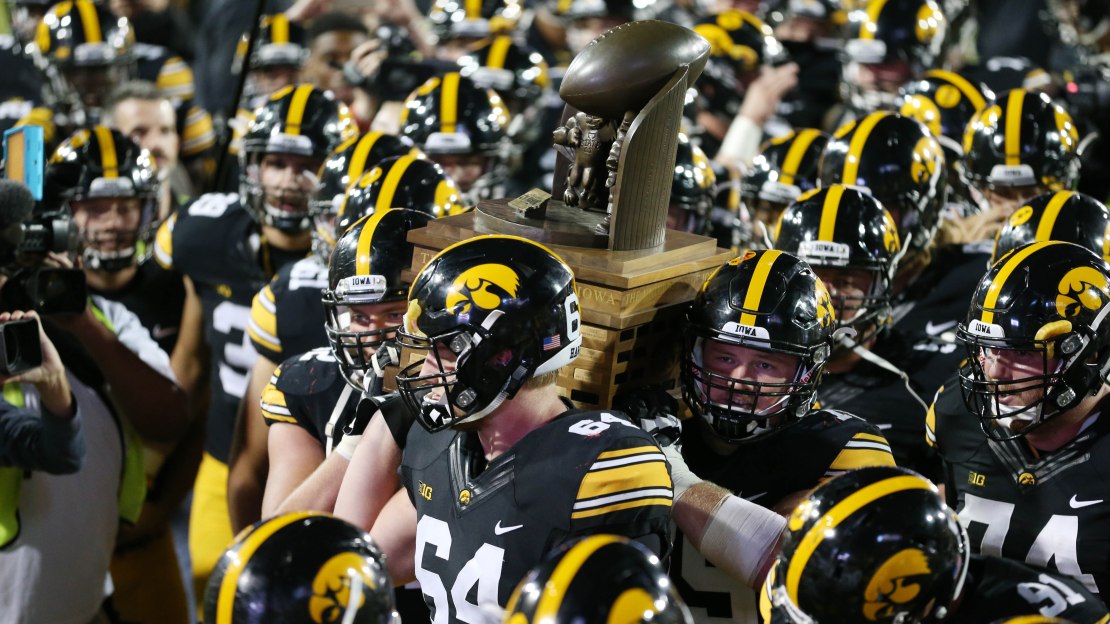 When the season began, most pundits felt Iowa was the team to beat in the Big Ten West.

But after two weeks of action, are the Hawkeyes still the team everyone is chasing? Wisconsin has looked impressive, especially with its win over LSU in the season opener. And Nebraska is coming on, along with Minnesota.

I asked some writers who cover the Big Ten West who the team to beat is.

Jeff Potrykus, Milwaukee Journal Sentinel
I still say Iowa. The Hawkeyes look solid and have the ace in the hole no other West team has, a tailor-made schedule. Wisconsin appears to be as good as Iowa, perhaps even better, and I'd pick UW on a neutral field head-to-head. But if Iowa loses more than one B1G game with that schedule, Kirk Ferentz should tear up that new contract.

Tom Kakert, HawkeyeReport.com
Still think Iowa is the team to beat. Twelve touchdowns so far and 28 points off turnovers. The offense has been strong and the defense improved from Week One to Week Two. Nebraska is steady and the Badgers are better than I thought they would be, but Iowa gets both in Kinnick Stadium.

Zach Pereles, InsideNU.com
Iowa. The Hawkeyes are outstanding on the ground, and although Wisconsin has been impressive, I'll take C.J. Beathard over Bart Houston every day.

Bob Asmussen, Champaign News-Gazette
If its schedule wasn't so nasty, I would go with Wisconsin. But I like the looks of Iowa. Good team, great coach and the friendliest schedule. No Michigan State or Ohio State, and Wisconsin and Nebraska at home. Somewhere, Hayden Fry is smiling.