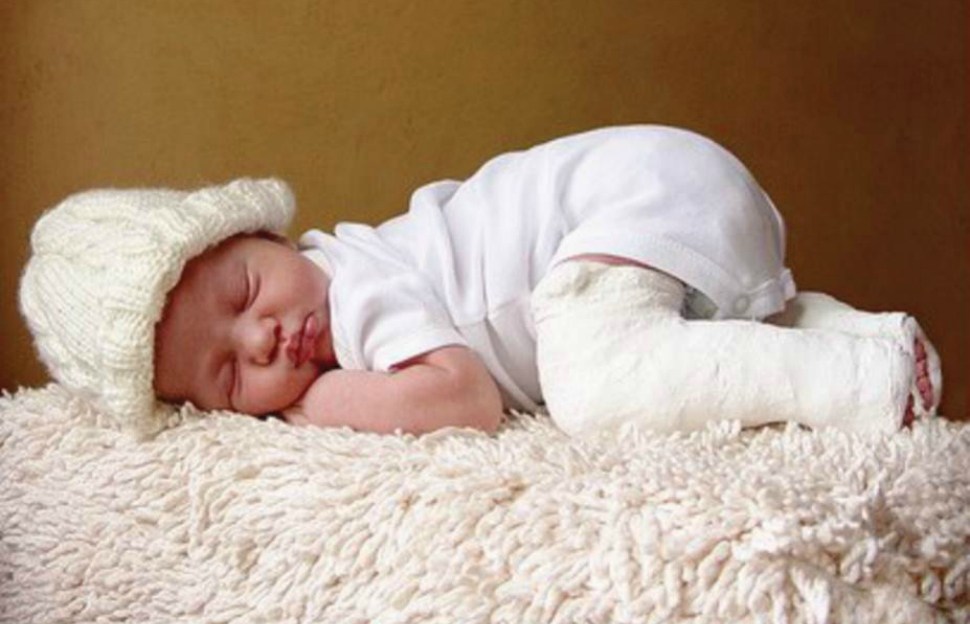 In the US, it affects one out of every 1000 newborn babies. It?s a congenital defect resulting in shorter than normal tendons and stiff muscles that causes one or both feet to curl inward and downward at the ankle. If left untreated, as a child ages those tendons, muscles, and the attached bones become increasingly set in their stiff and curled position rendering walking a laborious task.

In the modern era, clubfoot isn?t that difficult to correct. But that wasn?t always the case.

When Dr. Ignacio Ponseti arrived at the University of Iowa in 1941 as a young orthopedic surgeon, the majority of clubfoot cases were treated surgically; muscles and tendons were cut and lengthened. The procedure worked, but at a cost. The surgery left scar tissue that gave rise to stiffness and pain leaving a vast majority of the former patients essentially crippled later in life.

Beginning in the late 1940s, Dr. Ponseti set about working on a solution to this problem. Capitalizing on the relative malleability of the tissues in a newborn, he devised a non-surgical treatment consisting of slight manipulation and stretching of the foot and ankle coupled with a series of successive castings to set the correction.

?Four to six casts over four to six weeks will take a foot that is significantly deformed and straighten it out,? explains Dr. Thomas Cook, a professor of public health at Iowa. ?No surgery, no anesthesia, no nurse, no operating room; just the skill of the physician and a little plaster.?

According to Cook, the results of what became known as Ponseti Method, were nothing short of revolutionary with the University of Iowa continuing to lead the way in advancing the procedure. Today, the Ponseti Method is accepted as the global standard of treatment for clubfoot around the world, with Cook estimating a nearly 100 percent correction rate for cases in the developed world.

But, as with many medical conditions, in areas of the world where doctors and other healthcare resources are spread thin, millions of cases of clubfoot go untreated a year.

That is changing, though, thanks to two University of Iowa-based nonprofits, both working toward a goal of expanding access to clubfoot treatment throughout the world.

Ponseti International, founded in 2006, provides advanced training in the Ponseti Method with an emphasis on bringing those skills directly to the regions that need it most.

?Doctors in developing countries…cannot afford to go to the United States and pay thousands of dollars for training," notes Dr. Jose Morcuende, an orthopedic surgeon at Iowa and chief medical officer of Ponseti International. "So the challenge for us is to find the funding so we can go there and do the training in country.?

Funding has come in the form of private donations and through Rotary International, allowing Ponseti International to establish partnerships with 33 global health organizations.

Clubfoot Solutions, the newer of the two groups, has its basis in a medical device called the Iowa Brace. Braces for clubfoot are nothing new; whether a child undergoes the Ponseti Method or surgery, a brace must be worn during sleep for up to four years to ensure that the correction takes hold. It?s something that Dr. Cook likens to orthodontics.

?If kids don?t wear their retainer when they sleep, the teeth want to get crooked again,? says Cook. ?The same is true with clubfoot. There is still a tendency for these tissues to tighten up and relapse into the deformed position.?

The Iowa Brace is similar to other conventional braces on the market: They all feature shoes to hold the feet with a rigid bar in between the feet to stabilize the position.

Yet most clubfoot braces cost several hundred dollars and need to be changed several times a year as the child?s feet grow. This investment quickly becomes an expensive proposition to families that subsist on a meager income.

The Iowa Brace was developed with the goal of creating a version that would cost no more than 20 dollars. To accomplish that goal, Cook and Morcuende teamed up with Dr. Nicole Grosland, a professor of biomedical engineering at Iowa, to produce a brace that was not only cheap, but lightweight, easy-to-use, kid-proof, and breathable. Working with BBC International, one of the largest manufacturers of children?s footwear in the world, the team was able to create just such a brace.

With the generous support of donors, such as University of Iowa alum John Pappajohn, Clubfoot Solutions has been able to distribute over 30,000 braces to Nigeria, South Africa, Brazil, and Pakistan.

For Morcuende and Cook, who serve on the boards of both Ponseti International and Clubfoot Solutions, the advances they and Dr. Ponseti have made in combating clubfoot are indicative of the collaborative spirit of the University of Iowa.

?I?m a professor of public health, Dr. Morcuende is an orthopedic surgeon, Dr. Grosland is from biomedical engineering, and the Iowa Research Foundation has helped with funding prototypes,? says Cook. ?So I think that is an important part of the story. It was a true interdisciplinary innovation that spun out of this global need.?