This wheelchair from Northwestern offers freedom through autonomy: BTN LiveBIG 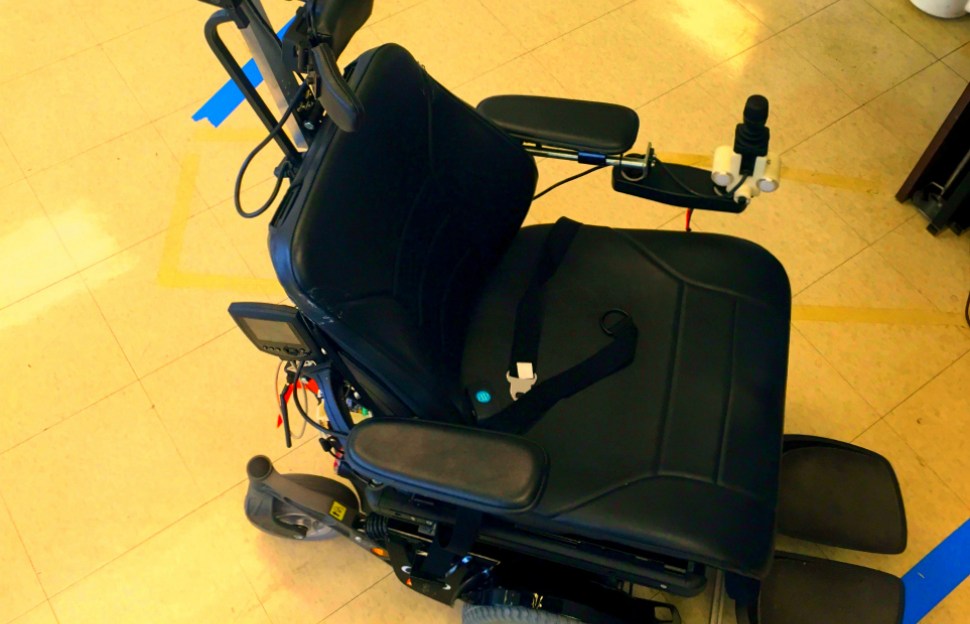 That work includes the creation of an autonomous wheelchair which could change the lives of those with severe disabilities. Currently, there are no such products available commercially. While powered wheelchairs exist, some with disabilities are unable to use them.

Argall became an expert in robotics while studying at Carnegie Mellon University en route to her doctorate degree in 2009. When she came to Chicago two years later to take on a pair of roles - assistant professor of rehabilitation robotics at Northwestern University and research scientist at the Rehabilitation Institute of Chicago - she began to leverage what she learned in robotics in order to advance human ability.

?For someone who has the full use of their arms and hands and there is no cognitive impairment, they likely do not need help from robotics autonomy,? explains Argall. ?But once you start dealing with more severe motor impairments and people who can't operate traditional interfaces like joysticks, the sort of interfaces that are accessible are much more difficult to operate.?

Wheelchairs that use a straw-based interface to operate, a model that famed physicist Stephen Hawking has employed, offer one example. The user?s breath controls the direction the wheelchair moves or the speed at which it travels, but can really only handle one of those functions at a time.

?It?s what?s called a non-proportional interface,? says Argall. ?It?s basically like turning a switch on and off to operate one of those controls at a given time, which is much harder than if you can use a joystick and fluidly operate the controls all at once. For people who are constrained to using limited interfaces, it?s much harder to do really dexterous moves.?

While driving down a wide open hallway may not be particularly challenging, getting through a narrow doorway or navigating through a crowded restaurant can be much more difficult with the limited interfaces.

?This is where robotics autonomy can help,? Argall says. ?If we add sensors and artificial intelligence to a wheelchair, we can make it so that it controls itself. It can then share control with the user since it is able to control itself autonomously. This can offload some of the control burden from the human to the machine.?

Argall is creating such a wheelchair under the assumption that it won?t be covered by insurance anytime soon. Therefore, her product will need to be affordable, perhaps along the lines of what a laptop computer costs.

Technology for obstacle avoidance and navigating in spatially tight circumstances currently exists, but that intelligence needs to be tested much more rigorously. Some of that will occur in Argall?s own laboratory, while the rest of it will take place outside in the field to get a better sense of how people operate the wheelchair.

?A lot of user studies will take place before we arrive at a final product,? notes Argall, who recruits research assistants for the lab from her undergraduate robotics laboratory course at Northwestern.

Argall estimates that a product could be ready for the market in five years.

Beyond the basic navigation and obstacle avoidance, Argall envisions a wheelchair that may also help with route planning and determining the most ideal path. But, she cautions, progress will come in stages.

?There is no reason that what first gets released to the market needs to be a totally complete package,? Argall explains. ?In fact, it?s almost better if it isn?t, for reasons of user adoption. We didn?t start out with autonomous cars; we started out with things like lane and parking assist features. If we had started out talking about full autonomy in cars, people may not have accepted this. Now that we?re used to little bits of automation, the idea of more significant autonomy is much more amenable to us.?

Aside from the issues of technology and cost, Argall feels the biggest challenge she?ll face is the question of how the human and the robot share control with each other.

?People don?t want for the wheelchair to simply drive them around all the time without having any say on what it?s doing besides giving the target,? states Argall. ?People want to remain more in control. So the question of how the autonomy and the human should be trading off control or blending it together is a really rich one.

?We want to help them when they need help and want help,? Argall continues. ?Getting that right, and getting it right across a lot of different people with different preferences about how this happens, is also going to take some time and it will be a challenge to figure it out.?